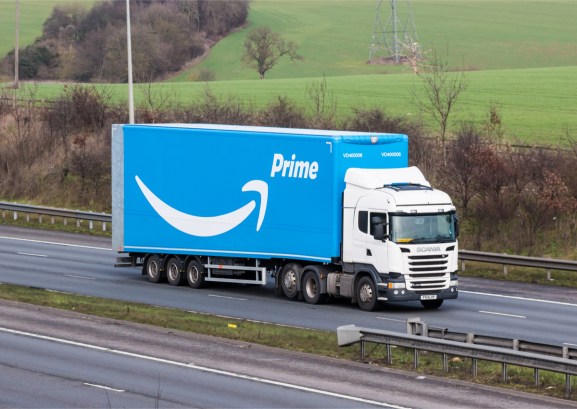 In order to get the company to come to town, local government and economic developers gave it billions of dollars in incentives. In return, the local workforce received jobs that sometimes paid so little workers were forced to rely on public assistance programs just to put food on the table. Customers flocked to the company, not understanding — until far too late — what the death of a homegrown economy can mean to a community.

Meanwhile, the founder and CEO became more than just an executive. He became famous and unfathomably rich, celebrated for his insight on matters well beyond running a gigantic retail business.

When the media or policymakers questioned the company’s business model, one response was to point out that low prices have the effect of allegedly spreading prosperity to even the poorest Americans.

Most Americans would recognize this story, broadly written, as the story of Sam Walton and Walmart. The effect Walmart has had on local communities is so well-known that there is, in fact, a book called The Wal-Mart Effect.

But while the story above is recognizably Walmart, in some ways it also resembles the story of Amazon.

As an example, St. Louis, my adopted hometown and a city with a vibrant homegrown startup scene but severe capital needs, offered more than $7 billion in cash and incentives to lure HQ2.

It isn’t just about HQ2, though. A report by the Economic Policy Institute estimated that by the end of 2016, Amazon had received more than $1 billion in incentives from local governments across the country to build fulfillment centers. These incentives continue to be offered, even though the Economic Policy Institute’s analysis also determined that Amazon fulfillment centers have failed to deliver an increase in net jobs — a finding Amazon has disputed. In several states, a significant percentage of Amazon fulfillment center workers make so little that they depend on food stamps to make ends meet.

Why aren’t more economic development officials questioning the practice of incentivizing Amazon? Why did partisan political division rapidly fall by the wayside when Amazon asked governors, mayors, and city councils to come up with multi-billion dollar incentive packages for HQ2? Why does big tech in general get a pass?

Perceived benefits of giving Amazon a free pass certainly aren’t supported by data. Forthcoming research conducted by Trevor Thune of St. Louis-based venture capital firm Capital Innovators shows that the city’s network of accelerators can create a high-paying tech job for less than $50,000. That might seem expensive — until you compare it to $7.1 billion in incentives for a projected 50,000 HQ2 jobs, which amounts to a little more than $140,000 per job.

And, unlike the hypothetical data on the as-yet-unbuilt HQ2, the data on the economic impact of fulfillment centers is very real and looks dismal.

So why does Amazon get a free pass?

Tech is both sexier and less tangible than many other industries and, unlike Walmart, it hasn’t been stigmatized by the middle and upper classes. My wife and I had three kids and a single income by the time we were 27. We were proud when we finally started to earn enough money to not depend on Walmart. Being able to afford to not shop at Walmart is a point of pride in a way that being able to afford to not shop at Amazon (in large part because of the convenience) will never be.

Here’s the thing though: “Tech” and “big tech” are different. “Tech” makes me think of a scrappy group of entrepreneurs with big dreams working to build startups that have the welcome side effect of creating good homegrown jobs.

“Big tech” is like “big” anything else. At some point, its hold on the market ceases to be about innovation and instead depends on market manipulation, relationships with politicians, and hyper-aggressive practices specifically designed to crush potential competitors, including (and especially) startups.

The point here isn’t that Walmart needs a free pass. The point is that we need to return to a fundamental American ideal, which is that competition is good and “big” anything should be greeted with skepticism.

In the digital economy, that includes big tech.