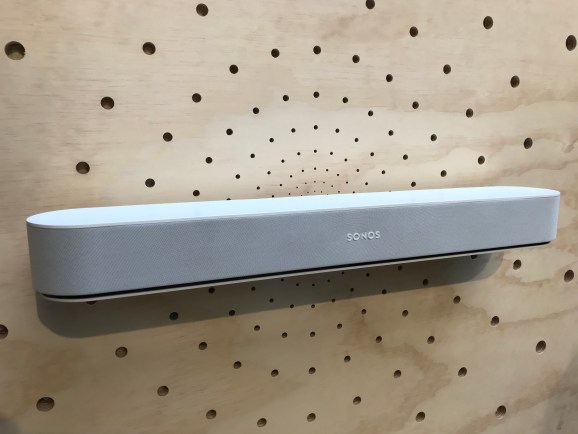 Google today released guidelines for the creation of artificial intelligence, which includes a ban on making autonomous weaponry and most applications of AI with the potential to harm people. The guidelines emerge just days after Google announced it would not renew its contract with the U.S. Department of Defense to analyze drone footage.

As a self-described AI-first company, proprietor of popular open source frameworks like Kaggle and TensorFlow, and employer of prominent researchers, Google is one of the most influential companies in AI.

“We want to be clear that while we are not developing AI for use in weapons, we will continue our work with governments and the military in many other areas. These include cybersecurity, training, military recruitment, veterans’ healthcare, and search and rescue,” CEO Sundar Pichai said in a blog post.

In the post, Pichai spells out the principles that should be considered when creating AI, as well as applications of AI that Google will not pursue. In addition to a ban on designing autonomous weaponry, the company will also seek to avoid the creation of AI whose principal purpose is to injure or harm human beings, as well as “Technologies that gather or use information for surveillance violating internationally accepted norms.”

AI made by Google, Pichai states, should uphold standards of scientific excellence, be accountable to people, be tested for safety, and avoid reinforcing bias.

Google AI chief Jeff Dean and more than 3,000 employees signed a petition urging the company to commit to never create autonomous weapons. About a dozen Google employees reportedly resigned due to the company’s involvement in the Department of Defense’s Project Maven.

The petition urged Google to get out of Maven and that failure to do so could “irreparably damage Google’s brand and its ability to compete for talent” at a time when Google is “already struggling to keep the public’s trust.”

Aware of the potential controversy, in emails between executives last fall obtained by the New York Times, Google Cloud chief scientist Dr. Fei-Fei Li reportedly urged the company to avoid mention of AI “at all costs” when considering public mention of its involvement with Maven, and called weaponized AI “probably one of the most sensitized topics of AI — if not THE most.”

Pichai’s insistence that Google will continue to work with the military may be a signal that Google still plans to vie for Joint Enterprise Defense Infrastructure (JEDI), a 10-year, $10 billion cloud contract with the U.S. military that drew the attention of major tech companies like Amazon and Google.

An internal memo also revealed that a member of Google’s defense sales team believed that participation in Maven was directly tied to a government contract worth billions of dollars, according to The Intercept.

Google reportedly believed its contract with the Pentagon could bring in up to $250 million a year, though employees were initially told it was only worth $9 million.

News first emerged that Google was involved with Project Maven in March. Other companies, such as IBM, have also been approached to participate in the project. Last week, the Pentagon announced plans to expand Project Maven and open a Joint Artificial Intelligence Center.

Google isn’t the only venture out there to be impacted by employee revolt due to autonomous weaponry. In April in South Korea, more than 50 researchers boycotted what they called an AI weapons lab at KAIST, one of the nation’s top universities.

Beam hits store shelves around the world July 17 and will retail for $399. It comes in black or white and, at 25 inches long, is 60 percent smaller than the Sonos Playbar soundbar, which retails for $699. The speaker has a fabric exterior and touch-control top with a five-microphone array to improve voice control and echo cancellation

The Beam will also include an HDMI port to easily connect the speaker with televisions. The news follows regulatory filings Sonos submitted to the FCC in April that signaled plans to release a home theater speaker with an HDMI port.

Sonos’ ambition to bring all major AI assistants to its sound system and speakers was also on display today at a press conference to debut the Beam.

“It would have been relatively easy to build an Alexa speaker or a Google speaker, but the fact is we don’t want to choose for you. We want you and all of our owners to have the freedom of choice,” Sonos VP Lidiane Jones told an audience of about 100 at The Village in San Francisco.

In July, iOS devices will be able to use Siri and AirPlay 2 to control Sonos speakers such as the Beam, Play 5, Playbase soundbar, and One, the first Sonos speaker with Alexa voice control.

No news was shared today about a Sonos-Google Assistant integration; however, Sonos previously committed to making Google Assistant available for its speakers sometime in 2018.

Also announced today: In conjunction with Echo speakers and Alexa coming to France next week, Alexa voice control will soon be made available for Sonos speakers in France.