While Fabby continues today under Google’s guidance, the app was really a public-facing showcase for AIMatter’s underlying technology, which is basically a neural network-powered platform and SDK for detecting and processing images. And that is what Google was really buying into as it battles it out with other major technology companies to secure the most promising AI brain power.

Nearly one year after AIMatter’s sale to Google, VentureBeat caught up with Yury Melnichek, the Belarusian serial entrepreneur who was a founding investor in AIMatter and who previously worked as a software engineer at Google and eBay. Melnichek also cofounded Maps.me, a mobile map service that was acquired by Russian tech titan Mail.ru back in 2014. 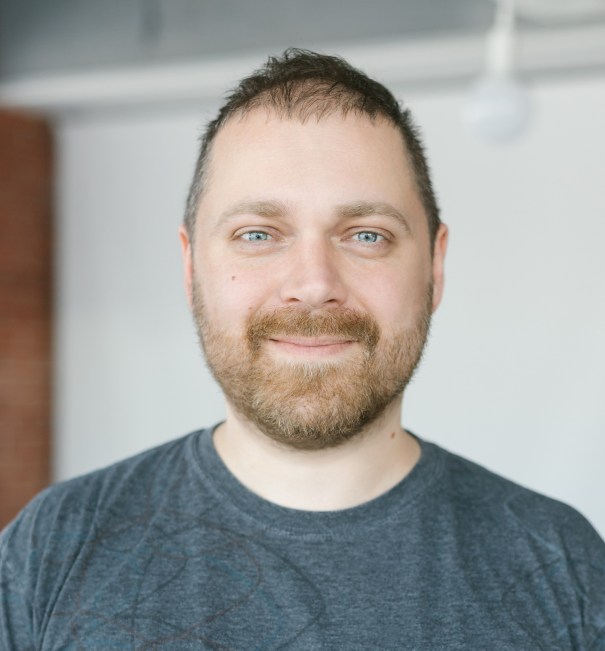 Earlier this year, Melnichek launched a new investment vehicle called Bulba Ventures, in conjunction with business partner Andrei Avsievich. Bulba’s focus is on investing between $100,000 and $500,000 in machine learning startups in Belarus, though the firm’s reach may extend into surrounding regions, such as Russia and Ukraine.

“[Our goal is to] help machine learning startups improve people’s lives, especially in areas like health, agriculture, and longevity,” Melnichek told VentureBeat. “[We want to] make money with startup founders to reinvest in them further on.”

To date, Bulba has invested in three startups: OneSoil, which is setting out to leverage data and machine learning to enhance agricultural productivity; a virtual makeup service called Voir; and its most recent deal, an AR-commerce beauty startup called Wannaby, whose $2 million investment Bulba joined last month. We’re told that Bulba is in the process of tying up another deal to invest in Rocketbody, an AI-powered fitness training app that recently closed a Kickstarter crowdfunding campaign.

It’s worth noting that Bulba Ventures isn’t an institutional investment fund. It doesn’t take money from tons of third-party investors; it’s more of a formal entity for investing the founders’ own cash, though they are also open to working with a handful of angel investors if the fit is right.

“Bulba Ventures helps me, Andrei, and potentially a few other private individuals to spot promising startups and manage the whole investment process,” Melnichek said. “For the most part, it is looking for — and after — investments of my own money. Whenever we see an opportunity for other angel investors to bring value to a startup, we invite them to join us as a co-investor.”

Indeed, Bulba is still small, with a team of just five — the two founders, plus staff covering communications, legal counsel, and talent acquisition.

So why establish a VC firm rather than getting involved with a single company, as Melnichek did with Maps.me and AIMatter? It all comes down to practicalities — specifically, he now has the resources to back his earlier vision.

“I was interested in helping Belarusian startups to help them succeed before, but with Google’s acquisition of AIMatter, I’ve got some money to invest,” Melnichek explained. “We see many interesting machine learning projects starting in Belarus, and at the same time little amount of foreign investments coming here. We see it as an opportunity to make our contribution in developing a local tech ecosystem.”

As noted, Eastern Europe has emerged as a key conduit for artificial intelligence talent, so Bulba Ventures exists in a natural environment for its target market. But why is the region hot for such startups right now?

“I think success stories of local startups inspire new generations of young entrepreneurs to start their own companies,” continued Melnichek. “App Store and Google Play make it easy to develop and distribute global products from Belarus. We have a very strong local machine learning community here, Open Data Science, and a great math and programming education left from the Soviet era helps as well.”

Belarus recently signed into effect the IT Decree 2.0, a digital economy development initiative that seeks to simplify business for tech companies in Belarus, while also serving to attract international talent by improving work permit regulations. Bulba Ventures could be arriving on the scene at just the right time.

A key to Bulba’s success could be the fact that it’s not looking to go it alone. Haxus is another investment firm that focuses on early-stage AI startups and actually joined Bulba’s recent investments in OneSoil, Voir, and Wannaby. As it happens, Cyprus-based Haxus also invested in AIMatter. That was its third exit to date, after Masquerade and Maps.me.

Two heads are better than one, so to speak, and this loose partnership is one that could well continue onto future investments. “I hope so,” Melnichek added. “We love working with the Haxus team, they are super smart and professional.”