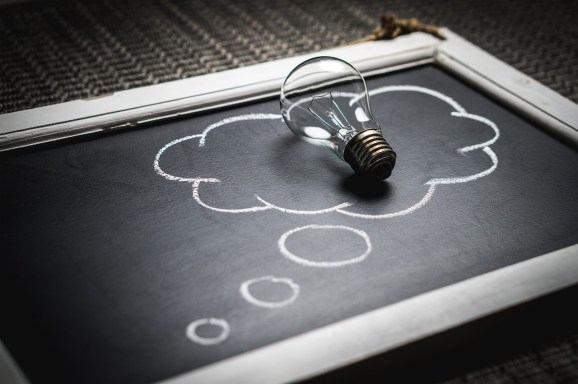 It isn’t often that someone comes along with a new technology for electricity. And while there’s nothing new about the underlying mechanism being used within Screems’ devices, there is something bleeding-edge about its approach.

Today, Screems has announced that its Major Appliance Power Station (MAPS) will be paired with blockchain technology to provide fuel-less, low-cost electricity production for households, all with zero CO2 emissions.

So what is a Stirling engine, and how is it helping Screems provide its electricity service?

“A Stirling engine is a heat engine that operates by cyclic compression and expansion of air or other gas (the working fluid) at different temperatures, such that there is a net conversion of heat energy to mechanical work,” Geoffrey Leslie, Screems Holding chair and president, told me.

In other words, a Stirling engine heats, cools, and recycles the same air or gas over and over again to produce enough power to drive a machine. Stirling engines sound like brand-new technology, but they’ve been around since 1816.

Based in Assen, Netherlands, Screems has developed micro-electricity power generation devices that produce low-cost electric energy using Sterling engine principles. At 8 cents per kilowatt-hour (kWh), the MAPS system consists of a Stirling free-piston micro-CHP device with a hybrid battery pack that is the size of a small white-goods appliance.

That appliance is being provided free of charge.

“We sell Screems energy directly in the form of electricity at 8 cents per kWh consumed, fixed for 10 years, with no other costs to the consumer,” Leslie said. “We install our MAPS devices in-house, free, with no cost to purchase or install, and no maintenance or service charges.”

So you may wonder how Screems intends to make money. Similar to HP in the 1990s, it will provide the devices as cheaply as possible but make money on the consumables — in this case, electricity. That being said, the proposition is an intriguing and potentially money-saving one.

“In the USA, the average consumer price from grid suppliers is 13 cents per kWh, and rising,” Leslie said. “In Europe, it is more than 20 euro cents per kWh. We will license the manufacture of MAPS through major appliance manufacturers such as Whirlpool, LG, Samsung, and Electrolux so that we earn royalties and license fees, plus parts supply.”

That’s not the only route to profit for Screems.

“The major appliance manufacturers will sell their own-brand MAPS devices via their whiteware distribution outlets, just as they do today,” Leslie said. “Depending on the brand quality, the retail price per MAPS device will be in the range of $800 to $2,300 per unit.”

Bringing the 19th-century engine technology fully up-to-date, Screems is making use of blockchain technology for both funding and the creation of its own economy. That funding isn’t via ICO alone, however.

“We are launching an ICO now, but only for the pre-IPO capital to ramp up to pilot and light production, and the IPO launch itself,” Leslie said. “We are now offering 1 million NRGY Tokens for a €20 loan per token, convertible into IPO stock. The IPO is set to float on the London Stock Exchange’s Alternative Investment Market Board, which we estimate to happen in March or April 2019.”

In addition to using blockchain for funding and to create the NRGY tokens used in Screems’ economy, it is also being used to provide security, protection, and automation.

“Our use of blockchain technology is based on a global distribution of smart contracts for protection and security for consumers,” Leslie said. “We’re rolling out a new platform and utility by March next year. Blockchain technology will be embedded in MAPS devices, and for use on mobile devices too.”

That’s a lofty goal, but Screems is confident it can scale the business quickly enough — through its licensed manufacturers — to make a real difference and help nations to achieve the CO2 emissions goals agreed to in the Paris Accord.

“We expect mass global manufacture via more than 150 major appliance manufacturers, producing MAPS devices for up to 500 global brands, by the 2020/21 fiscal year. By then, there will be more than 250 million MAPS devices manufactured and installed per year.”