Mozilla today released Firefox 12 for iOS, which brings support for downloading files, a unified share extension, and easier syncing. You can download the latest version now from Apple’s App Store.

First and foremost, Firefox for iOS finally lets you download files and view them later (just long-press links to grab them for offline use). You can access downloaded files via the built-in Files app and even open them with other apps. It’s amazing what Apple and Mozilla can make possible for iPhone and iPad users in 2018. 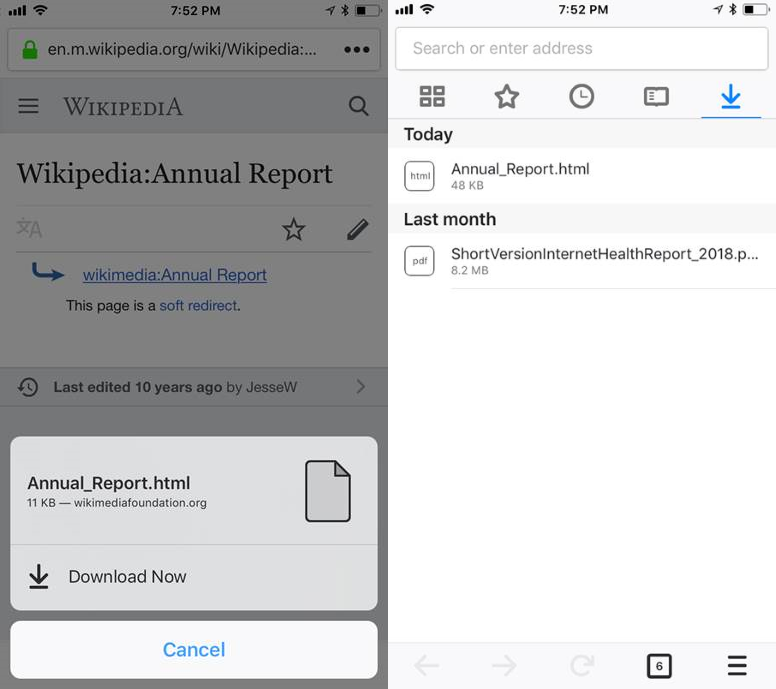 Next up, the various share extensions have been combined into a single menu featuring all the options for what you can do with a link. You can open it directly in Firefox, save it as a bookmark, add it to your reading list, or send it to another device linked to your Firefox Account. This is another piece of functionality that should have been in Firefox for iOS from the very start. 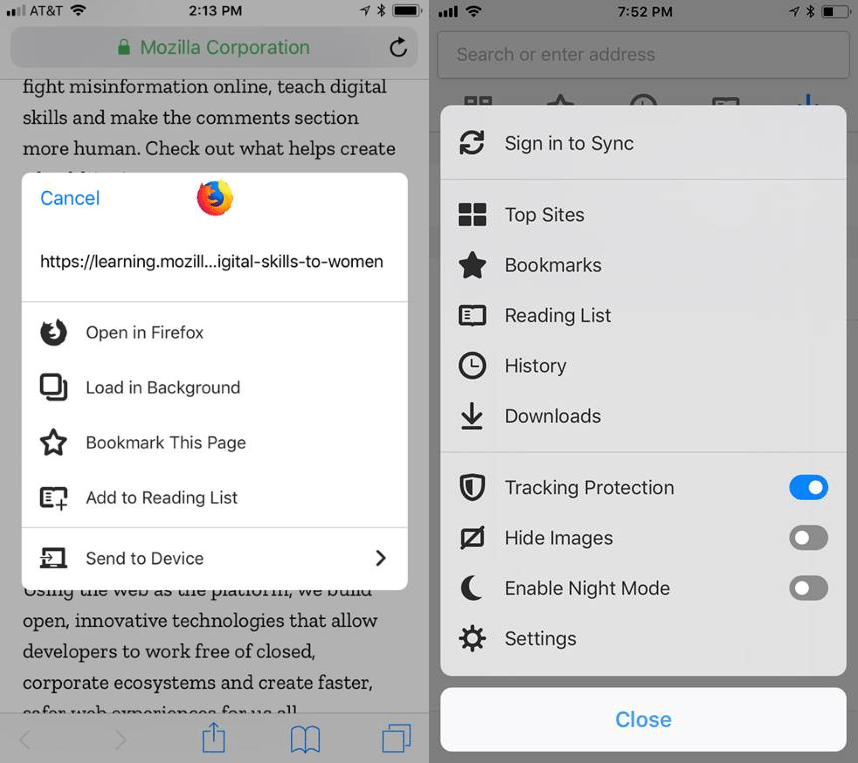 Speaking of Firefox Accounts, Firefox Sync uses them to let you take your bookmarks, tabs, and personal information with you to another device. Now, when you click on the menu button at the top of the application menu, you’ll be able to see if you’re synced, and if you aren’t you’ll have the option to do so. This is a minor change, but Mozilla hopes it will make it easier to access and verify syncing straight from the menu.

Mozilla explains that all three additions are meant to make using Firefox more productive. The features are so basic that I can’t help but agree.