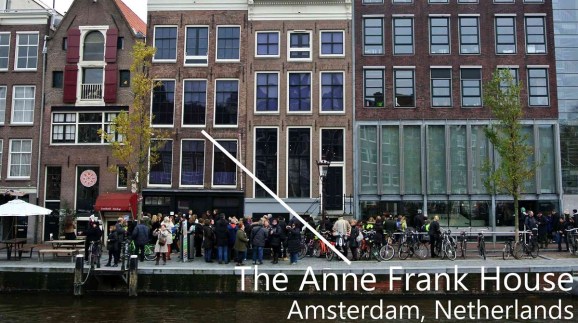 Oculus is launching a virtual reality tour of the Anne Frank House, the home in Amsterdam where the famous author hid from the Nazi’s during World War II.

I’ve seen the outside of Anne Frank’s house, but I’ve never set foot inside. With this tour, I was able to see inside the place that has become a memorial of the Holocaust. It’s another one of those things you can only do in VR.

Timed to coincide with Anne Frank’s 89th birthday on June 12, the Anne Frank House, Force Field VR, and Oculus Studios are launching Anne Frank House VR. Anne Frank wrote a moving diary about her experience hiding from the Nazi occupation between 1942 and 1944. It’s a book that has lasted for generations, and my kids read it during high school.

The VR experience was produced in partnership with The Anne Frank House, Force Field VR, and Oculus.

The tour will allow people from around the world to experience the Secret Annex that served as the hiding place for Anne Frank and seven other people. The experience runs for 25 minutes, touring all of the rooms of the Secret Annex, which are still furnished as they were during the war.