Three-year-old hiring startup Tilr announced today that it has expanded to 12 new cities as it aims to change the way companies hire on-demand workers with an artificial intelligence-powered platform that matches workers based on skills, not past job titles.

Tilr aims to replace traditional staffing and temp agencies who place workers for shifts that last several hours or several weeks — think receptionists, catering staff, and warehouse workers. The company believes that they’ve developed a platform that can help match companies more effectively, and eliminate unconscious bias in the hiring process, by continuously evaluating workers on their skills.

Before selecting a shift, workers sign up through the Tilr app and rank how competent they are in certain skills on a scale of 1 to 5. After an interview with a Tilr employee, the worker can then view and sign up for open shifts. Once a shift is completed, both workers and businesses rate their experience, to give Tilr’s algorithm more data to work with in the future. It costs businesses 25 percent above an employee’s hourly on Tilr to hire them (so if Tilr pays the contractor $10 per hour, the company would pay Tilr $12.50 per hour).

Cofounder and CEO Carisa Miklusak had previously told VentureBeat the company was looking to expand to 12-15 new markets over the course of 2018. The company shortened that timeline, Miklusak said, as the company added more Fortune 100 and 500 companies as clients who had multiple locations, making it easier for the company to enter new markets.

She said that Tilr chose its 12 new markets — mostly in the South and Midwest — based on which ones had a high prevalence of companies in sectors that Tilr had already seen promise in (customer service, warehousing) and ones were still relatively untested for the company.

“Other than our work with a few clients, we haven’t really been in areas where there’s been a strong hospitality or event market. But now in Orlando, New Orleans, and Nashville — those categories are really rising to dominate,” Miklusak told VentureBeat in a phone interview.

One challenge that Tilr faces is making sure that its algorithms don’t begin to make biased pairings as it continues to scale. Miklusak previously gave the example of making sure that warehouse workers aren’t judged solely on how heavy of boxes they can lift, which could favor more men. Additionally, a Bureau of Labor Statistics this past month found that the share of the labor force engaged in gig work fell from 10.9 percent in 2005 to 10.1 percent. Thus, the opportunities for startups working with independent workers may not be as hot as investors previously thought.

Miklusak said that Tilr is also focused on finding ways to create a better “portable” benefits system for independent workers. Last year, the company announced it was partnering with Anthem Health to develop an insurance program for companies that employ large amounts of independent workers, with Tilr serving as Anthem’s inaugural client.

Tilr currently has 32 full-time employees, most of them in Cincinnati and Toronto, where Tilr’s tech team is located. It has raised roughly $5 million in funding to date, according to Crunchbase. 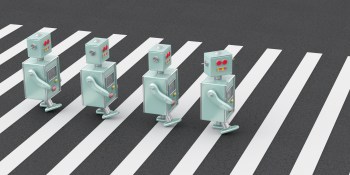 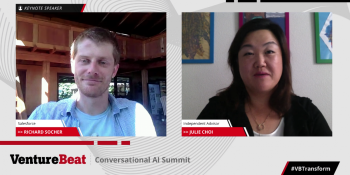