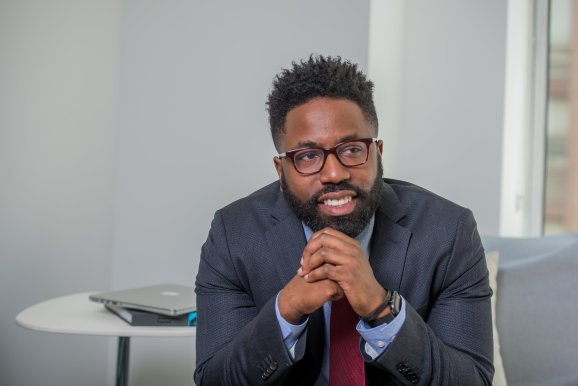 Earlier this week, I wrote that the two questions I get most frequently from people who are interested in learning about Heartland Tech are about what cities they should be watching and what startups should be on their radar. I wrote about cities to watch here, and now I’d like to talk about startups to keep an eye on in 2018.

To gather my list of rising startups outside of Silicon Valley, I reached out to a number of investors scattered across the country. The startups that made the list are ones that have found success by leveraging the strengths in their respective markets. They’ve been set up for success in 2018 thanks to an influx of venture capital, a slew of promising hires, or an agreement with a large new customer. Here they are, in no particular order.

Uptake’s founders, Brad Keywell and Eric Lefkofsky, are serial Chicago entrepreneurs who are best known for starting Groupon. This year, their newest company went on a fundraising tear, raising a $117 million series D round in November after closing a $90 million series C round earlier in the year. According to a PitchBook report in February, Uptake became the fastest company ever to reach a $2 billion valuation.

Uptake’s software helps companies collect and analyze sensor data to keep industrial machinery running smoothly. The company declined to state how many customers it has, saying only that the number is in the “dozens.” But publicly named customers include Berkshire Hathaway Energy and Panduit, a manufacturer of physical infrastructure for datacenters.

CEO Keywell is remarkably bullish on Uptake’s future, stating in a press release when the series D round was announced that “We’re on a growth trajectory now where there is virtually nothing standing in our way from being the predictive analytics market leader across every heavy industry, from oil and gas to mining and beyond.”  Keywell and Lefkofsky have a history of building companies that grow quickly — but the big question for Uptake in 2018 is whether it can maintain that growth.

In 2017, Pendo’s biggest news was its acquisition of Insert, an Israeli startup that does in-app mobile messaging, and the raise of a $25 million series C in July. Investors included Salesforce Ventures and Spark Capital, with Meritech Capital Partners leading the round.

The company nearly doubled its customer base in 2017, and it increased revenue by 400 percent, according to a company spokesperson. Pendo currently has 163 employees, and it plans to double its headcount in 2018.

Skuid’s name is an acronym for Scalable Kit for User Interface Design, which succinctly sums up the company’s goal — it wants to make the process of building enterprise apps easier and quicker. The secret to Skuid’s success is a “codeless” interface that allows users to easily drag and drop components from multiple sources — including Oracle, Salesforce, SAP, and Microsoft — to build apps. Skuid counts Intuit, Jet, and Hewlett-Packard Enterprise among its customers.

In 2017, Skuid raised $25 million from investors including Iconiq, the investment vehicle for Mark Zuckerberg; Sheryl Sandberg; Jack Dorsey; and other wealthy executives. In 2018, Skuid plans to introduce the capability to build a voice-enabled app, according to a company spokesperson.

Lisnr, founded in 2012, develops ultrasonic audio technology that uses inaudible Smart Tones to transmit information. It’s one of few companies experimenting within what it calls “the internet of sound.”

The company still has a way to go to become a household name, but it managed to secure some notable partnerships this year that could introduce the idea of transmitting data-over-audio to a broader audience. In July, Lisnr secured a partnership with Ticketmaster to begin the rollout of a new e-ticketing service. Called Ticketmaster Presence, the service replaces QR codes and can verify a user’s ticket via audio data transmitted through their phone. The idea is that transmitting ticketing information over inaudible sound waves makes it much more difficult for fraudsters to create duplicate tickets. Lisnr also secured a partnership with Jaguar Land Rover to explore ways to integrate Lisnr’s technology into vehicles. Smart Tones could be used to unlock a car via the owner’s phone or to transmit an order to a drive-thru restaurant.

When Duo Security cofounders Dug Song and Jon Oberheide first pitched venture capitalists on their startup in 2010, they were told that they needed to relocate to Silicon Valley to create a successful company. Nearly seven years later, Song and Oberheide proved their critics wrong when Duo Security became Ann Arbor’s first unicorn company after raising $70 million in October. According to a company spokesman, Duo Security has more than doubled its revenue for the past four consecutive years.

Duo Security creates a two-factor authentication app for enterprise companies and counts Etsy, Facebook, and Yelp among its customers. Thanks to the University of Michigan’s plethora of engineers, Duo Security has been able to scale while hiring local — the company has 550 full-time employees, more than 350 of whom are in Michigan.

Founded in 2006, cloud-based network provider Cradlepoint was bootstrapped for the first three years of its existence. This year, the company received a vote of confidence and $89 million from TCV, a prominent growth-stage firm whose previous investments include Netflix, Airbnb, Dollar Shave Club, and Facebook.

Cradlepoint sells both routers and a subscription to its software-defined wide area network (SD-WAN) service, called NetCloud. Cradlepoint’s pitch is that NetCloud is designed for the modern enterprise business that needs to manage a combination of branch, mobile, and internet of things (IoT) networks.

CEO George Mulhern told VentureBeat in an interview earlier this year that the TCV funding will be used to further product development in advanced 4G and 5G wireless broadband, among other areas.

Another enterprise software company that’s gaining traction outside of the Valley is Lessonly. Though its most recent raise — an $8 million series B in November — is modest, its journey has been notable for a couple of reasons.

One, it has raised later-stage money in a town where that has not been an easy task. According to Crunchbase News, Lessonly’s recent round is the first series B raised in Indianapolis since 2016. Second, the company is growing at a healthy rate, having doubled its revenue from 2016 to 2017. Third, it’s one of the most mature investments in the portfolio of High Alpha Capital, a venture studio led by one of the cofounders of ExactTarget, Indianapolis’ other big startup success. If Lessonly continues to grow, it could be a signal to skeptical investors that Indianapolis startups know how to capitalize on the city’s past successes.

At the end of 2017, the company had around 500 customers using Lessonly’s educational software to help sales and customer service teams practice different skills.

While it’s not a young startup anymore, Qualtrics is still indicative of the kind of long-term growth companies can achieve away from the pressure of the Valley. Founded in 2002, Qualtrics generated more than $250 million in revenue in 2017, up more than 50 percent from last year. The company didn’t raise outside capital until 2012, but this year it raised another $180 million, bringing its total amount of venture capital funding to $400 million.

In April, CEO Ryan Smith told Axios that Qualtrics expects to file for an initial public offering (IPO) in approximately 18 months. In the meantime, the company has snagged some seasoned executives, including longtime Microsoft executive Julie Larson-Green, who was named chief experience officer in December, and newly appointed chief financial officer David Faugno, who guided Barracuda Networks through its IPO.

Tilr, which counts two CareerBuilder alumni among its cofounders, aims to solve many of the hiring problems exacerbated by Silicon Valley’s tight-knit network. Similar to Blendoor, two-year-old Tilr is a hiring platform that aims to remove unconscious bias in the hiring process. Tilr is aimed exclusively at on-demand workers and matches applicants with companies based solely on skills, not past job titles.

Interested workers sign up through Tilr’s app, where they can create a profile and rank their competency in certain skills on a scale of 1 to 5. Once they complete an interview and training with a team member, Tilr starts sending the workers applicable shifts to sign up for.

After signing up for a shift, workers show up at the designated time and location and begin working. At the end of the shift, both the company and the worker rate their experience, and Tilr’s algorithm uses the feedback to create better worker-company pairings in the future. Tilr currently has more than 300 clients in industries including logistics and customer service.

It’s still early days for the company — so far, Tilr is only available in four markets, though it plans to expand to 12-15 more markets in 2018.  Tilr is also exploring ways to create a stronger safety net for gig workers and is partnering with Anthem to launch a new health benefits program for 1099 workers.

In 2017, SoftBank upended the U.S. venture capital landscape with its $100 billion vision fund. While most of the fund’s money has gone to coastal companies like Slack and WeWork, a couple of Heartland startups managed to secure SoftBank investments, and Kabbage was one of them. An online lending platform for small businesses and consumers, Kabbage raised $250 million in equity funding from SoftBank. The company determines loan amounts using a number of nontraditional data sources — from Amazon ratings to UPS shipment volume — and also licenses its technology to banks.

In 2018, expect Kabbage to take more aggressive steps to become a leader in the online lending industry. Reuters reported in March that the company was raising its latest round to gear up for potential acquisitions. Reported targets included public competitor OnDeck. Meanwhile, when the SoftBank funding was announced, CEO Rob Frohwein also told Bloomberg that the company was beginning to position for an IPO.