Artificial intelligence can do just about anything these days, like produce 3D renderings of an object from snapshots, defeat facial recognition systems, or track wildlife in the Serengeti. It’s also surprisingly good at generating memes.

In a white paper titled “Dank Learning” (yes, really), Abel L. Peirson and E. Meltem Tolunay, the two lead scientists on the project, describe a neural network that ingests, gains an understanding of, and spits out internet in-jokes. The AI consists of a convolutional neural network (CNN) that takes images as inputs and translates them into mathematical representations called vector embeddings (an encoder), and a long short-term memory (LSTM) recurrent neural network (RNN) that creates captions (a decoder).

Here’s a tricky question: Can you tell which of the following memes were created by the neural net? 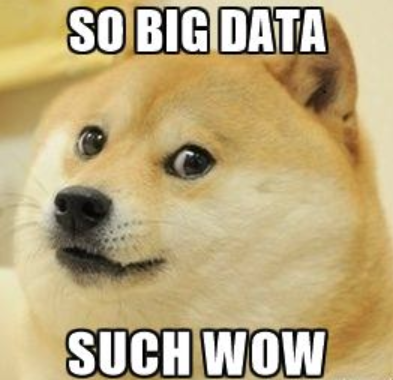 The Stanford researchers fed the system more than 400,000 images with 2,600 unique image label-pairs from memegenerator.com — specifically “advice animal”-style memes, pictures with humorously captioned specific characters (for example, a cat in a bathrobe) — using a Python script. They then instructed human subjects to judge each image on its “hilarity” and had them guess whether they were produced by a person or the neural network.

“This allows for relatively simple collection of datasets,” Peirson and Tolunay wrote. “In this paper, we specifically refer to meme generation as the task of generating a humorous caption in a manner that is relevant to the initially provided image, which can be a meme template or otherwise.”

The verdict: Humans were able to pick out the algorithmically created memes about 70 percent of the time, but graded them fairly evenly on wittiness.

“The average meme produced from both is difficult to differentiate from a real meme and both variants scored close to the same hilarity rating as real memes, though this is a fairly subjective metric,” the authors wrote.

So what about the gallery of memes above? The “big data” meme was the only one of the three crafted by a human — the others were the work of the neural net. Watch out, dank memesters — the robots are coming for you.