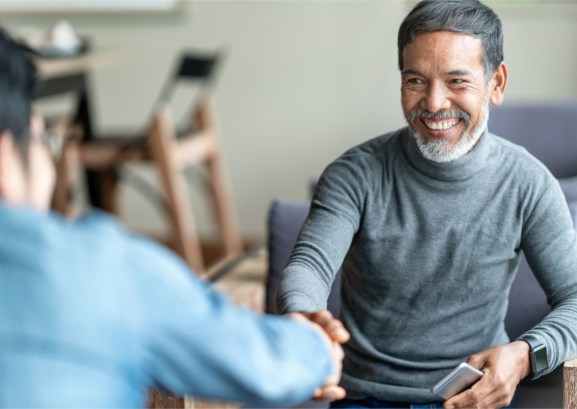 The technology sector has become a magnet for the world’s brightest minds. Tech hubs – and by extension tech investors — have become mecca for ambitious innovators in search of their entrepreneurial dreams. For many, the investment community has fulfilled its end of the bargain: Numerous ambitious 20-somethings have received the financial backing to try their hand at becoming the next Zuckerberg, Gates, Brin, or Page.

Unfortunately, older entrepreneurs in their 40s and 50s can feel at a disadvantage when it comes to raising money. Despite some modest attention paid to ageism in the tech sector with regards to who gets recruited and how employees get treated, little has been done to address who gets funded, especially early in the investment cycle. A study published by the National Bureau of Economic Research discovered the average founder age for the top 0.1 percent of fastest growing US ventures to be 45. Across different high-technology sectors, entrepreneurial hubs, and firms with successful exits, the median age remained about the same. A 50-year-old entrepreneur was found to be 1.8 times as likely to start a successful company as a 30-year-old. And the average founder whose company successfully “exited” via an IPO or acquisition was 46.7. In all of their findings, the researchers discovered only one group of founders that skewed below 40: firms with VC backing.

While Zuckerberg, Gates, Brin, and Page created their high-growth companies in their 20s, many other entrepreneurs created their multibillion-dollar entities in their 30s and later. Marc Benioff created Salesforce at 36 and was turned down by every VC in the Valley. Lew Cirne founded New Relic at 38. (My firm was one of his early investors.) Aneel Bhusri was 39 when he cofounded Workday 13 years ago, and Lynda Weinman founded Lynda.com at age 40 — and then sold it when she was 60 to LinkedIn for $1.5 billion.

From what I’ve seen, growth stage investors are not likely to turn away high-potential investments based on the age of the founder. At those stages, decisions are steeped in data related to market traction and revenue. No one walks away from a company doubling revenue every year. It’s during the very early investment stages when decisions, by necessity, are based more on subjective factors like confidence in the founding team. I believe that early period is when promising older founders are most likely to be turned away based on age- and life stage-related assumptions. These are the most common assumptions I hear — and my thoughts on why they should be disregarded.

Assumption 1: Only young people will be willing to burn the blue flame

Many investors believe that young, single founders will have fewer distractions that interfere with their work. They hope the founders will work nonstop, barely pausing for sleep, in order to build their dreams.

While I have found that younger founders are more likely than older founders to work 24/7, that’s not always a good thing. When I first worked as an engineer at Microsoft just out of college, I was putting in 18-hour days. My boss, who was more experienced, would come into the office at 8 am and leave at 5. He wrote better code and more of it than I did during my 18-hour days. Experience breeds efficiency. As Steve Blank wrote, “working hard is not the same as working smart.”

Assumption 2: Only young founders are naive enough to come up with brilliant, crazy ideas and not declare them untenable

Many investors believe that young founders, unencumbered by work and life experiences, dare to dream big because their imaginations lack the boundaries defined by realism. The investors think that the founders’ naiveté enables their pursuit – and eventual realization — of the impossible. My issue with this rationale is that naiveté is a mindset, not a fixed, age-based character trait. Anyone can be naïve if they put their mind to it. Young founders may be naïve without realizing it; it’s merely the result of their inexperience. Older founders, on the other hand, can opt into intentional naiveté, choosing to balance their biases of experience with an open mindset committed to solutions. Rather than viewing a hard challenge as an excuse not to pursue it, older founders pursue challenges with their eyes wide open. They know the challenges may be hard to solve, but that makes solving them even more exhilarating.

As flawed as the case is for discounting older entrepreneurs based on assumptions of naiveté, it’s even more flawed when considering enterprise startups. Enterprise customers are notoriously risk averse due to reputation management, performance, and security concerns. That risk aversion is a tough obstacle for enterprise-focused startups to overcome. The startup leaders most likely to sell successfully into the enterprise are those who gain client confidence, either by exuding competence and strong industry knowledge or by already being known or vetted by well-respected members of the clients’ network. On a more basic level, experienced founders are more likely to create successful enterprise startups because they’re more likely to have the work experience to identify the gaps within the market in the first place.

Speaking of experience, there’s a lot to be said for management skills, a sense of moral responsibility, and the culture-building skills necessary to recruit, manage, and retain high-performing teams. As a two-time founder myself, once in my 20s and once in my 30s, I can attest to having been a far stronger leader the second time around.

Assumption 3: Only young founders can afford to forego high salaries and generous benefits

Of all the assumptions, this one holds the most credence. Tech hubs like Silicon Valley and New York are incredibly expensive for everyone, but even more so for families. Mortgages, rents, childcare, and education costs add up. And while a young, single professional may have the option to live with family or luck into a rent-controlled apartment eating nothing but ramen for a few months while building up an initial product, it’s a lot harder for a founder with a family to do so. Even if older founders have six months of financial cushion saved up for bootstrapping the business, they’re in a lot of trouble if the product isn’t where they need it to be once the cushion is gone.

While I believe cost concerns are a legitimate reason for some older entrepreneurs to delay their entrepreneurial aspirations, I don’t believe these same concerns should hinder investment. I worry that too many promising older founders who don’t have the financial cushion to bootstrap their businesses for a year or longer abandon their entrepreneurial dreams due to a real or perceived unwillingness of early investors to back them.

To be clear, I am not making a case against young entrepreneurs. Rather, I would like to encourage older entrepreneurs seeking early stage investment to give us a chance, and I hope that seed investors and early stage VCs with a bias towards youth will broaden their approach. From my perspective, not only do the benefits of experience outweigh the risks; in many cases, these risks factors don’t even exist.

Our world needs more innovative founders tackling the important, real-world issues they’ve come to understand through their life experiences. The entire tech ecosystem needs all the smart, innovative talent it can get — regardless of age.