Oden Technologies, a fledgling startup that’s setting out to make factories smarter via big data and its industrial internet of things (IIoT) platform, has raised $10 million in a series A round of funding led by Atomico, with participation from EQT Ventures, Inbox Capital, and a number of other seed investors.

Founded out of London in 2014, Oden Technologies provides the hardware and software that lets manufacturers access analytics to track faults and establish patterns that may impact performance. It’s ultimately all about improving efficiency and cutting down on production waste. 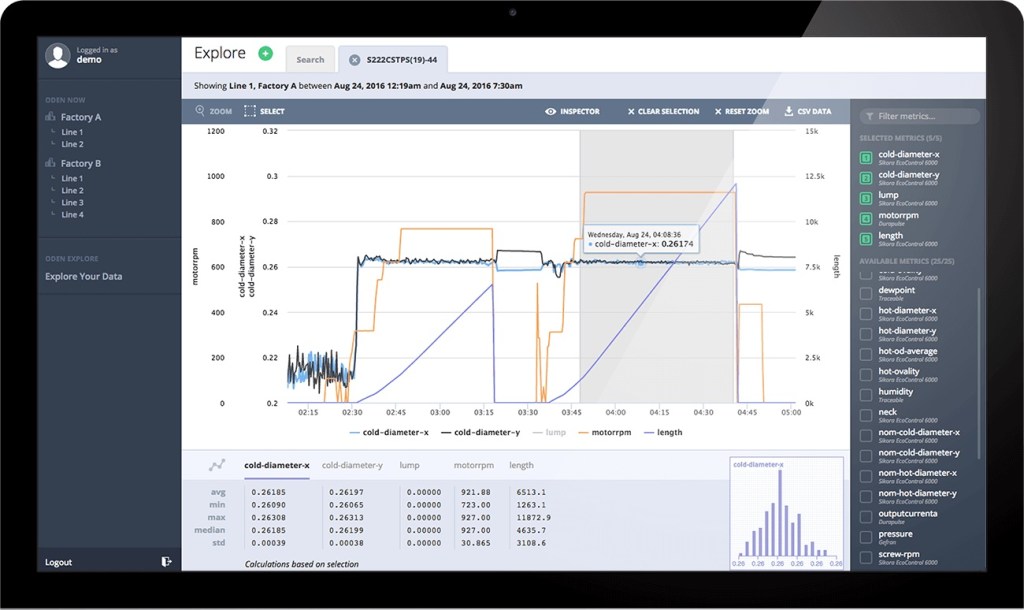 Oden Technologies’ hardware can be retrofitted to pretty much any industrial machine, and it can integrate with companies’ existing quality control software and other business software to feed into Oden’s analytics platform.

“Our vision is for the manufacturers to achieve ‘perfect production’, make things not only better, but faster, cheaper, and with less waste,” said Oden Technologies CEO and cofounder Willem Sundblad. “Traditionally, manufacturers did not have access to the right data and insights to make factories more efficient and productive. What Oden provides is data that is transparent, precise, instantaneous, and above all usable, empowering our customers to build smarter factories and bring about a manufacturing renaissance.”

Manufacturing is a $12 trillion industry globally, and we’ve seen a spike in investments in startups that focus on democratizing the manufacturing process — 3D printing has been particularly hot, with the likes of Carbon, Desktop Metal, Markforged, and Shapeways all raising big bucks in the past year. Such technology makes it easier for younger startups to build hardware prototypes and attract investors’ cash.

But Oden Technologies is gearing up to transform existing industrial-scale manufacturing facilities by arming them with the data to eliminate waste and optimize output. The platform is positioned against existing players such as Rockwell Automation, but Oden is pitching its own offering as being quicker to set up.

“We want to democratize access to data analytics, making it easy to collect and action for anyone in the factory, whether it’s an engineer, a plant manager, or those responsible for operations and quality control,” added Sundblad.

Founded in 2006 by Skype cofounder Niklas Zennström, Atomico focuses on technology companies in Europe and beyond, and it closed a gargantuan $765 million fund last year. Atomico also seems to have identified manufacturing as a core focus, having recently led a $12 million series A round in CloudNC, a startup that’s using AI to automate elements of the manufacturing process. And last year, Atomico led a $7.5 million series A investment in Swiss startup Scandit, which provides mobile barcode tracking smarts to a number of industries, including manufacturing.

Nabbing Atomico as its lead investor is a major coup for Oden, and as a result of its cash injection, Zennström will now join the startup’s board.

“Major areas of inefficiency still predominate throughout the manufacturing sector, which has remained relatively untouched by digital technology,” Zennström said. “We believe that’s about to change. The combination of IIoT, big data analytics, cloud computing, and machine learning marks a new era for industry, by not only unlocking efficiencies and reducing waste of materials, but enabling smaller batch sizes, more personalized products, and greater innovation too.”

Prior to now, Oden had raised around $6 million in outside funding, and with another $10 million in the bank the company plans to grow its R&D and engineering teams in New York and strategically expand its sales teams in Texas, Illinois, and Ohio — all key manufacturing states. 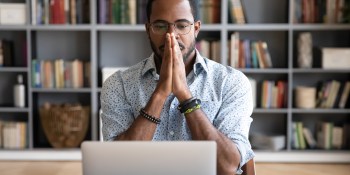 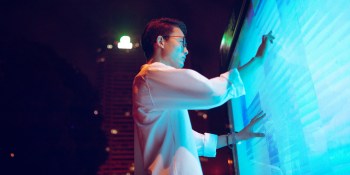