After launching only 18 months ago, Silicon Valley mobility startup Lime has managed to raise a staggering $382 million in venture capital, for a reported $1.1 billion valuation. That speaks to the company’s ambitions for its bike and scooter-sharing services, but also to the massive costs and frenzied competition it faces.

The total funding includes the latest round of $250 million reported recently by Axios and confirmed again this week by the Financial Times. The round was led by the firm formerly known as Google Ventures, and Axios said Coatue Management and Andreessen Horowitz are also likely to invest.

The rapid rise of Lime, known as LimeBike until it re-branded this spring, also speaks to the massive disruption happening across the mobility industry. Back in late February, I had a chance to chat with Caen Contee, Lime’s vice president of marketing and partnerships and one of the company’s first employees, while he was in Barcelona for Mobile World Congress.

He said Lime was founded on the notion that almost every facet of traditional transportation is being reinvented. Because this transition is accelerating, the company is also determined to scale quickly to seize the opportunity.

“There’s a bit of a perfect storm happening,” he said. “The economics speak for themselves.”

This approach has generated enormous controversy, both for Lime and for competitors like Bird, which has raised $400 million in venture capital for its electric scooter service. Business Insider wrote this week that such fundraising represents “everything that’s wrong with Silicon Valley.”

In addition, a flood of electric scooters and dockless bikes has prompted a backlash in some cities. San Francisco essentially shut down electric scooter programs and created a license application process.

But according to Index Ventures partner Martin Mignot, the growing population density in urban areas necessitates a revolution in transportation, for both financial and environmental reasons. Index co-led a recent $100 million investment in Bird. In a recent blog post, Mignot said it is important not to lose sight of the potential for such innovative mobility solutions, even if there are bumps along the way.

“Initiatives like these have the potential to improve urban mobility and improve our daily lives — not least our health,” Mignot wrote. “But large-scale positive change will happen only if mayors and regulators worldwide accept the need to replace static frameworks with a dynamic set of rules: a new mobility manifesto.” 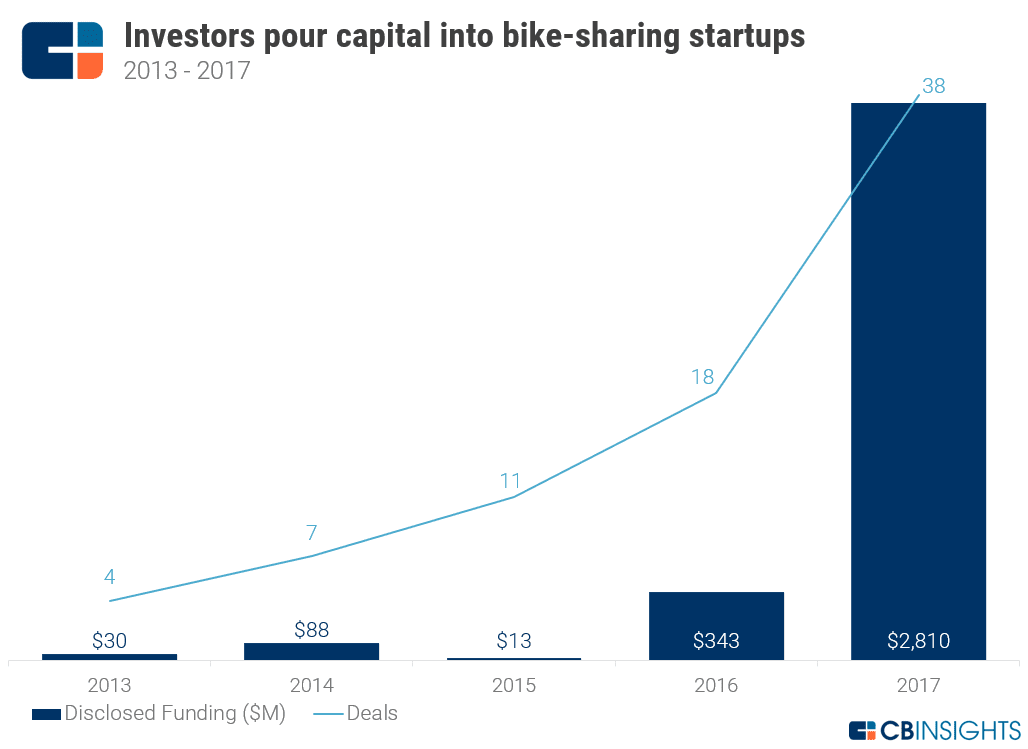 LimeBike, as it was then known, was founded in January 2017. The idea, according to Contee, was to introduce a service that would allow regions to accelerate the deployment of bike-sharing services.

Until then, particularly in the U.S., cities had been rolling out bike-share programs that required networks of ungainly docks. A couple of years ago, for instance, Bay Area governments began introducing Ford GoBike, a ridiculously overpriced service that involved putting hideously ugly dock stations with the Ford logo splashed across them into neighborhoods.

Such systems require huge investments from local governments and can take time to set up. To get around these issues, Lime sought to import dockless bike-sharing systems, an idea that had become wildly popular in China, thanks to bike-sharing leaders such as Beijing-based Ofo and Shanghai-based Mobike.

And so Lime made it happen. Now available in 46 cities, Lime’s bikes sport tech such as GPS, airless tires, and electronic locks that means they can be picked up and parked anywhere. When I met Contee outside the convention center in Barcelona, he had brought along one of the company’s new electric bikes, as well as one of its scooters. Both were remarkably easy to access and ride.

The company officially introduced e-bikes in February. The goal was to have a bike that required less effort for casual riders, particularly those who lived in regions with more hills. Lime also launched its electronic scooters the same month through a partnership with Segway. 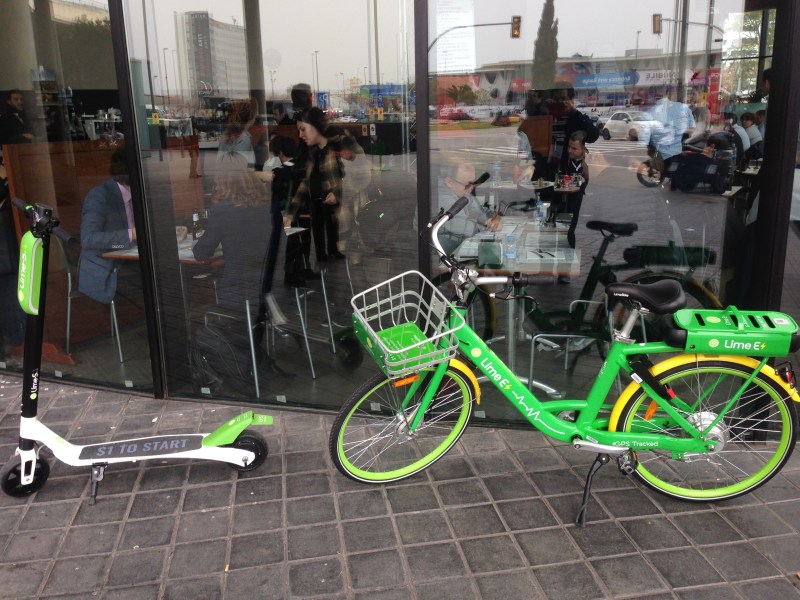 Lime says it has now facilitated more than 1 million rides. It also launched in Paris last month and hopes to be in 25 more European markets by the end of the year. And the company revealed it is working on a “transit pod.” Bloomberg described the concept as an “enclosed electric vehicle that could hold one or two people, resembling a smart car or a deluxe golf cart.”

But while Lime is racing to keep up with its growing ambitions, competition in the space is also intensifying. And as the company tries to push ahead, the risk inherent in its model is also becoming more apparent. While dock-based bike shares can be expensive for cities, they are also far less risky financially for the companies that run them.

In contrast, companies like Lime own all their vehicles outright. And while the bikes don’t need drivers, operations teams are needed to maintain them. That means the rate at which these bikes can be rolled out is primarily a function of how many Lime can buy and how quickly it can put teams on the ground — both of which are a function of how much money the company can raise.

So far, that hasn’t been a problem for Lime. It raised $12 million just a couple of months after it was founded and then raised $50 million last October, and another $70 million last February. The additional $250 million suggests the company has impressed investors with its progress. But whether it is building a sustainable business remains to be seen.

Contee says that while competitors do exist, the extent of that competition can be overblown. He said that as of this past spring, Lime was the sole choice in 70 percent of the markets where it operated. Meanwhile, the company continues to refine its various transportation options to bring down the manufacturing cost per unit.

He’s also confident that regulatory issues can be smoothed out. Because the company is thinking long-term, he says it’s trying to work in partnership with cities to understand their transportation challenges and comply with regulatory demands.

“It’s important for us to engage with communities,” he said. “Of course, we’re a business and we need to make money. But we also see ourselves as having a larger mission to make communities better. We take that mission very seriously.”