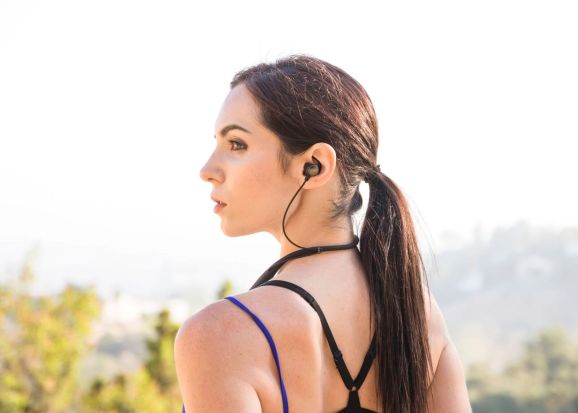 Vi, the New York-based startup behind the eponymous Vi earbuds, today announced that it has acquired Skybuds, a wireless headphones manufacturer, for an undisclosed sum.

“Acquiring Skybuds is another valuable next step in the evolution of Vi,” Omri Yoffe, CEO and founder of Vi, said in a statement. “Following our first-generation launch last year, we have already placed a solid stake in the ground to lead the AI fitness and wellness category. By utilizing intellectual property developed by Skybuds, we’ll be able to expand Vi’s ability to gather more context data points from smart earphones and audio devices and deliver users an even better real-time coaching experience.”

Skybuds brought a pair of Bluetooth earbuds to market following a lengthy Kickstarter campaign, and halted sales of them earlier this year. Much like Vi’s earbuds, they paired to iOS and Android devices and streamed sound for hours on a charge. But unlike Vi’s earbuds, which are positioned as a fitness accessory, Skybuds’ solution emphasized sound quality and differentiating features like passive noise cancellation, a pass-through sound mode, and water resistance.

Jamie Roberts Seltzer, Skybuds’ CEO, will join Vi as chief of strategy and a member of its advisory board.

“Skybuds started with the goal of enabling people to enjoy their music and audio content, wire-free,” Seltzer said. “By joining forces with Vi, we will continue on that journey, but will also embark on a new mission to make the Vi experience the most real-time, adaptive offering on the market. We look forward to being a part of the future of fitness.”

Skybuds’ premium sound tech and Vi’s expertise in biometrics and artificial intelligence could be a potent mix.

The earbuds also have unique integration with Apple Music and Spotify, allowing wearers to queue up songs that match the beats per minute of the recommended running pace. And they support third-party fitness platforms like Google Fit, Apple HealthKit, and Strava.

“[It’s] not like anything people will have heard or seen before,” Yoffe said. “[The assistant] is a listening, talking trainer that is aware of a person’s surroundings, physiology, and activities inside and outside of workout sessions. Our vision is to build the best AI companion for body and mind, [and the] natural first step was delivering an amazing voice-centric running experience.”