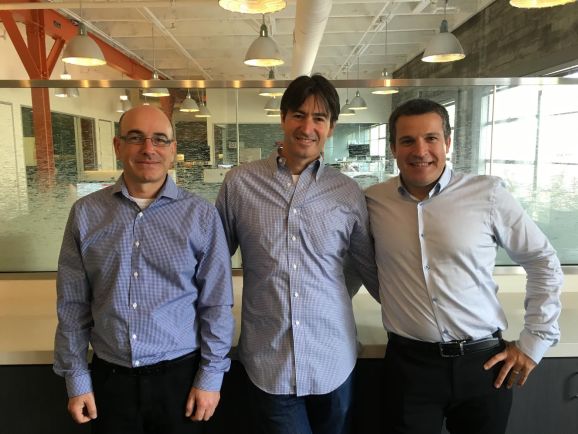 Online insurance platform Next Insurance has raised $83 million in a series B round of funding led by Redpoint Ventures, with participation from insurance giants such as Munich Re and Nationwide Insurance, as well as American Express Ventures, Ribbit Capital, TLV Ventures, and Zeev Ventures.

Founded out of Palo Alto, California in 2016, Next Insurance targets small business owners with a focus on specific niches, such as “landscaper insurance,” “personal trainer insurance,” and “janitorial insurance.” In doing so, it promises to sidestep hard-to-parse policies and fine print.

“We are at a monumental turning point in our company’s history,” explained Next Insurance cofounder and CEO Guy Goldstein. “Our exponential growth over the last two years has proven that small businesses have been overlooked and underserved by the insurance market. Gone are the days of complicated, unreadable policies, exclusions that leave entrepreneurs vulnerable, and endless meetings and phone calls with insurance agents who don’t understand the nuances and needs of different classes of business.”

Next Insurance is one of a number of “insurtech” companies to raise big VC cash in recent times, with the likes of Root Insurance, Gabi, Sure, Trov, and Health IQ raising around $200 million between them over the past year or so. Lemonade, a mobile-first, chatbot-powered insurance platform, raised $120 million in December from big-name investors that include Alphabet’s GV, taking its total funding to $180 million.

Unlike Lemonade, which is licensed to issue its own policies, Next Insurance has so far partnered with insurance providers to underwrite policies, with Next focusing on the underlying technology and packaging of the policies. This also partly explains why the startup has major insurance firms on its roster of investors — Next Insurance partnered with Munich Re last year to launch an insurance product aimed at commercial photographers. However, Next Insurance is also pushing ahead with plans to become an underwriter in its own right, having recently secured a license in a handful of states and shared plans to extend the practice nationwide. This should ultimately give Next Insurance more flexibility in terms of setting its own prices and tweaking the scope of its policies.

The company has now raised north of $130 million in funding. Its service is currently limited to the U.S., and with its latest cash injection it plans to cover “new classes of business” across the country.

“Small businesses are the backbone of the U.S. economy, and they deserve insurance policies that are simple to access, affordable to own, and which provide them the support and confidence they need to thrive,” Goldstein added. “Our goal is to become the one-stop-shop for all small business insurance needs, no matter where they are.”