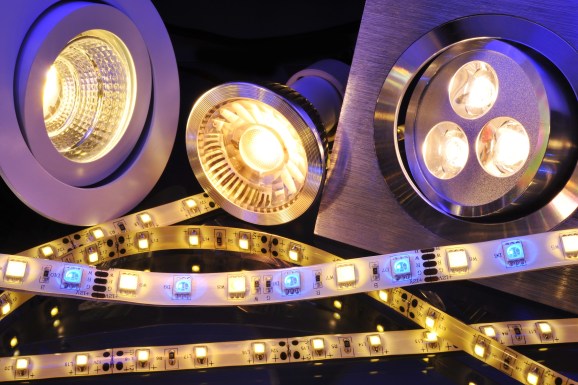 Massive floods, mega droughts, famine, economic collapse, and an imminent death for just about all life on Earth. That’s pretty much the ultimate doomsday scenario proffered by some climate change scientists and writers out there.

A New York magazine article from David Wallace-Wells last year painted the bleakest of pictures for our immediate future here on this planet. “It is, I promise, worse than you think,” Wallace-Wells said. A similarly grim article in the Guardian a few months back echoed those sentiments, with 86-year-old social scientist Mayer Hillman opining that the sooner we accept the impending end of most life on Earth, the sooner we can get to work prolonging it. That’s right, not saving it … just making it last a little longer.

But the battle to reduce carbon emissions, a leading cause of climate change according to most scientists, is one that some companies are taking more seriously. Car firms, for example, are committing to ditching petrol- and diesel-only vehicles.

And now one startup is setting out to help companies reduce their energy consumption by switching to LED bulbs.

Light as a service

Founded out of Ireland in 2015, UrbanVolt works with companies such as multinational corporations to help switch commercial buildings to LED lighting — for no immediate upfront cost. And it’s this so-called “light as a service” business model that UrbanVolt and its investors hope will encourage more companies to sign up.

LEDs are said to consume at least 75 percent less energy than incandescent bulbs, a reduction that will translate into roughly equivalent dollar savings while also reducing carbon emissions. A portion of this cost saving is paid by the corporation to UrbanVolt each year for the first five years, during which time UrbanVolt also maintains the lights.

Today, UrbanVolt announced that it had raised €55 million ($65 million) in funding from U.K. investment firm Low Carbon, which is in addition to the €30 million ($35 million) it raised a couple of years back. The fresh cash injection will be used to grow its business globally, fueled by existing U.S. multinational clients it already has in its native Ireland. These include Pfizer, Zimmer Biomet, Cargotec, and Pipelife, which are now looking to expand the business model to more of their sites around the world.

“This deal will ensure that we can deliver thousands more projects each year,” noted UrbanVolt CEO Kevin Maughan. “In addition, the multi-currency dimension of the financing arrangement is key given that we are working on new projects with a growing list of clients across the U.S. and Europe. In the U.S., there has been huge interest in our ‘off balance sheet’ light as a service offering with larger corporate clients, and our existing projects with Irish-based U.S. multinationals have proved invaluable in demonstrating the effectiveness of UrbanVolt in delivering large scale energy efficiency projects.”

To spearhead its global expansion, which will focus significantly on the U.S., UrbanVolt recently opened new hubs in Chicago and Florida, with plans for a further Californian base in the future.

According to UrbanVolt, the emissions that will be saved as a direct result of its latest investment is the equivalent of “permanently removing” every car that commutes into Manhattan during rush hour. And it’s this kind of data that clearly appealed to its new investor.