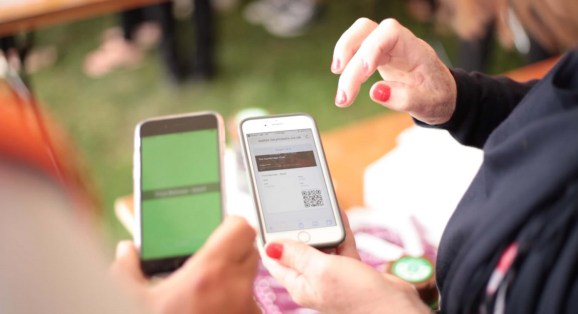 Tracer is trying to make tickets more secure through blockchain.

By leveraging the blockchain, Tracer enables the artist and event promoter to track the entire journey of a ticket, deciding whether it can be resold and what happens with the profits if it’s resold.

In the $46 billion ticketing industry dominated by monopolistic forces, the company said, artists and promoters have lost control over their own tickets. They don’t have basic access to fan data, and they can’t do anything about skyrocketing prices and fees. They don’t get any revenue from the $8 billion secondary ticketing market either. Artists and fans are losing out.

Tracer said it can bring order by enabling artists and promoters to define the rules that govern every ticket.

Tracer’s technology also opens up new sales channels, as transactions can happen everywhere and be settled in an automated way. It also provides a central dashboard to engage with ticket and fan data, regardless of where the ticket has been sold or resold.

Tracer used its Smart Ticket for a live event attended by thousands of people. On June 17, for the first time ever, Tracer’s Smart Ticket was used at The Cambridge Club Festival (UK) to seamlessly issue and process 9,000 tickets on the blockchain.

The founding team is a group of former StubHub-Ticketbis employees who successfully built Ticketbis, a 400-employee secondary ticketing company operating in 47 markets. Ticketbis was acquired by StubHub in 2016.

Above: Tracer uses blockchain to handle ticket authentication and resale.

Tracer is initially targeting Europe and Latin America, where the secondary industry is more scrutinized than in the U.S.

The rivals are pretty tough. In 2010, Live Nation merged with Ticketmaster; the combined company now tickets 80 of the top 100 venues in the U.S., manages over 500 artists, and sold 500 million tickets globally last year.