You can download House of Cats from Google Play and Apple’s App Store for $0.99 (a premium content subscription version is also in the works). A spokesperson confirmed that 1 percent of House of Cats’ net profits will be donated to Refugees International. But generating money and contributing to charity couldn’t possibly be the main reasons for building this app. 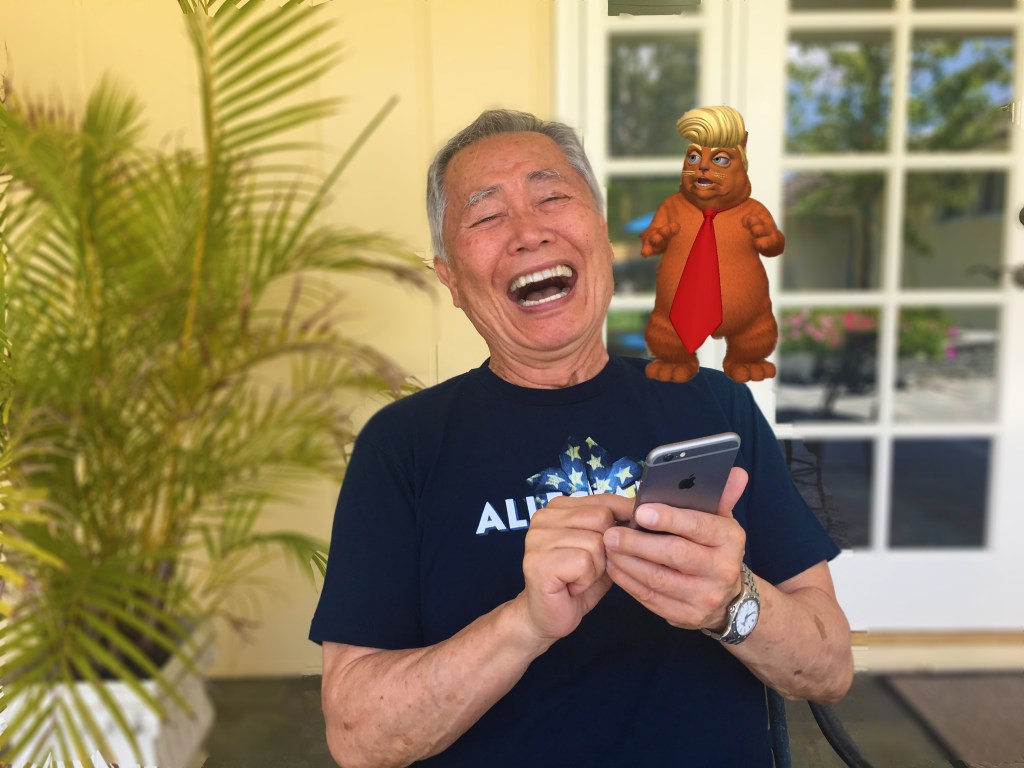 I asked Takei, a staunch critic of Trump, what made him decide this would be an effective way to protest the U.S. president.

“Throughout history, mockery, satire, and lampoons have been a powerful weapon to not only criticize but, in some cases, bring down powerful people,” Takei told VentureBeat. “That’s what we are going to be doing — using his words in the mouth of Trumpy Cat to show how ridiculous he is. We are going to lampoon him out of office.”

House of Cats uses ARCore on Android and ARKit on iOS to let you place the inaugural Trumpy Cat character (based on Grumpy Cat) anywhere you’d like. When you tap Trumpy Cat, he speaks in Donald Trump’s voice — the app plays back recordings of the most outrageous statements the president has made.

You can share screenshots and videos to show where you have placed Trumpy Cat and what he said. Takei also promised more characters would be added to the app, which already features Meowlania, Vladdy Putin, and Lil’ Rocket Pug, although you can’t (yet) control them like you can Trumpy Cat. 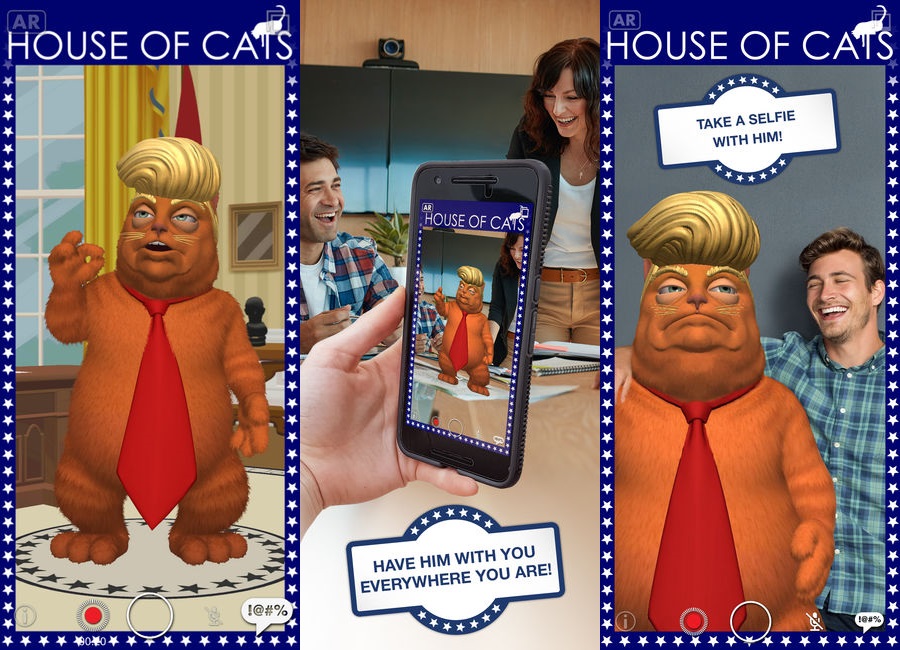 I had the opportunity to try House of Cats myself. Unfortunately, the app is buggy and surprisingly limited. But Takei said his team of half a dozen engineers built it in just a few weeks.

“Augmented reality could not have created that,” Takei said. “That is reality, but on a preposterous level. And the timing, now, seems almost a blessing. I think the worst of Trump just happened this morning. That press conference was outrageous. My blood was boiling. Brad told me to calm down, and let’s laugh at him.”

House of Cats is designed to receive frequent updates, including satirical skits in sync with world events, as well as new functionality (a selfie mode was mentioned), updated dialogue from the president’s mouth, and additional characters, clothing, and props that let users create their own content.

The idea is that users will participate in the political news of the day by creating their own photos and videos using House of Cats characters. Maybe some political activists will want to buy the app to do just that, but at least in its current iteration, it’s hard to see the wider appeal for most users. If political impact is what Takei was looking for, he should have made the app free.