As the 5G cellular era is now only months away from kicking off in the United States, carriers have quietly — and not-so-quietly — been upgrading their towers to prepare for higher-speed 5G devices. Now OpenSignal is quantifying what those upgrades are already doing for users of current-generation 4G devices, and the initial results are promising.

From a big picture perspective, there are improvements, but they don’t look like huge ones. Six months ago, T-Mobile’s national download speed average was 19.42 megabits per second (Mbps) to Verizon’s 17.77 Mbps, with both AT&T and Sprint falling well behind them. Today, the speed rankings look virtually the same, but T-Mobile now averages 21.57 Mbps, and Verizon 20.56 Mbps — enough to justify the headline that U.S. carriers are finally crossing the 20 Mbps threshold.

That uptick is better than the alternative, but not great news overall. Earlier this year, a 20 Mbps average 4G download speed would still place the United States in the bottom half of the world for cellular performance — comparable to Poland and South Africa, while still less than half the average speed in Singapore (44.31 Mbps) and the Netherlands (42.12 Mbps). Norway and South Korea also deliver over 40 Mbps speeds on average, with Hungary close behind to round out the top 5.

One key to understanding why the U.S. improvement matters now — and will soon matter more — is geography, namely realizing that the gigantic American land mass is averaging out sharper regional gains. In New York City, Verizon’s download average jumped over 6 Mbps to 33.89 Mbps in six months, and roughly 3 Mbps gains were recorded in other major cities such as Chicago and San Francisco. Baltimore saw a nearly 10 Mbps jump to 31.24 Mbps, reflecting a general trend towards 30 Mbps averages in larger markets.

The other key is handset adoption. OpenSignal’s tests rely on measurements taken from hundreds of thousands of phones in the United States and nearly five million worldwide. So if a cellular provider installs and activates the latest, fastest “4.9G” cellular hardware on a tower, an old phone won’t necessarily be able to benefit from or report the added speed. 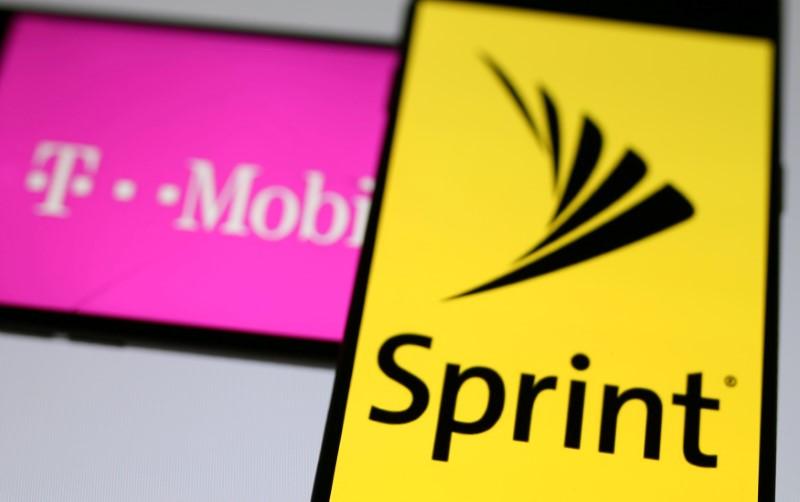 A non-trivial third element is your carrier. As OpenSignal points out, T-Mobile had the best overall performance nationally across six of the seven performance categories it tracks, though Verizon was close behind; AT&T was a distant third place, and Sprint struggled behind it in fourth. However, each of the carriers is in the process of aggressively updating its towers for 5G right now, so it’s highly likely that very big gains will suddenly start popping up in multiple cities over the next several months. (If the T-Mobile and Sprint merger is approved, its actual nationwide coverage will improve, but the numerical average of its performance in given cities may drop.)

Take note of what this means for regular consumers and businesses: The cellular devices you’re using right now and about to purchase over the next year matter a lot more than they did a few years ago. Even if you don’t move over the next year, and don’t switch carriers, your cellular performance could radically improve if you have or buy the right device.

If you’re buying a 4G phone, it’s time to start caring about which modem is inside — a Qualcomm or Intel part — because the company and age of the modem could soon make a difference. Qualcomm’s latest Snapdragon chipsets enable late-stage 4G phones to come within striking distance of early 5G phones in download speeds, while Intel’s chips have been somewhat behind the curve.

Since recent Android phones are already using new Snapdragons, and today’s flagship iPhones are using older Intel chips, a Samsung Galaxy S9 can easily get better cellular speeds than an iPhone X. However, if 2018’s iPhones use Intel’s newer, faster XMM 7560, that gap may close, until the next round of even faster Snapdragon phones hits.

The alternative is to wait for a 5G phone, likely until at least the beginning of 2019. If you’re looking for the best possible cellular performance for the next few years, holding off this holiday season could be a wise move, depending on your carrier and whether you live in a major city. Peak download speeds of early 5G phones are expected to hit 2 to 4 Gbps, which would be 100 times faster than today’s leading U.S. and global carrier averages — enough for incredible new cellular applications.

But as counterintuitive as it may seem, the continued buildout of 5G networks over the next two years may mean that you’ll get the best overall experience from a new 4G phone that takes advantage of “4.9G” LTE Advanced and Pro technology. Carriers will light up 5G in cities only after receiving necessary local approvals and installing enough hardware to be “citywide” or close.

A 5G revolution is definitely coming, but until the 5G towers appear where you work and live, you won’t see the truly game-changing improvements in speed or latency for yourself. Until then, I’d suggest you make the most of 4G, which will surprise many people by actually getting better with age.