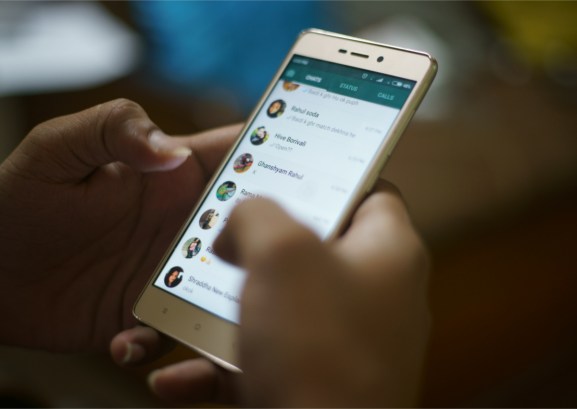 A man uses WhatsApp on his cell phone at home in Mumbai, India.

WhatsApp announced yesterday its latest effort to combat the spread of fake news through its platform. Its solution? Limit the number of “chats” you can forward a message to.

The move came in response to a series of violent lynchings in India that were triggered by the spread of false information through the Facebook-owned messaging service. But what impact will WhatsApp’s latest feature curtailment have on future recurrences? Arguably, very little.

To recap, back in 2016 WhatsApp began letting users forward messages to multiple chats simultaneously. It was basically the instant messaging equivalent of the trusty old “BCC” in email. Fast forward two years, and WhatsApp has been caught up in a thunderstorm of controversy after vigilante mobs took to the streets of India in response to mass-sent false messages about child abductors.

Digging down into the details of WhatsApp’s announcement yesterday reveals that as part of the test, it will restrict users in India to forwarding messages to just 5 chats, while those elsewhere in the world can send to up to 20. But contrary to some reports which suggested those numbers referred to individual people, they don’t — a “chat” can constitute a group, which can contain up to 256 people each. And therein lies the problem.

While most people won’t have many groups with as many as 256 people in them, they could easily have several groups with more than 10 people in them. And if the desire is to forward a message to as many people as possible to give maximum exposure to the warnings about ghastly child abductors, then they would surely be more inclined to choose their larger group chats. So in India, WhatsApp users could still easily forward a message to 50 people or more, and elsewhere in the world that number could be well into the hundreds. If each of the recipients were to repeat that action with each of their own five or 20 biggest groups, the exponential effect of this will still be significant.

WhatsApp thinks this move will significantly reduce the amount of spam and false messages being sent through its system, and yes, it may have some impact. But it’s difficult to see how it will cut the spread of false news to any meaningful degree.

In WhatsApp’s defense, it is only doing a test for the moment — so it may well change things as it analyzes the data in the coming weeks. “We believe that these changes — which we’ll continue to evaluate — will help keep WhatsApp the way it was designed to be: a private messaging app,” it said yesterday.

In truth, there is very little WhatsApp can do to combat people sharing erroneous information, short of pulling the plug on its entire business and going offline. Or it could remove forwarding functionality in its entirety. But in light of the growing pressure it faced from the Indian government to take action, it had to be seen to be doing something. And that is where this latest feature update stems from — it’s reactive and, ultimately, it will probably prove fruitless.