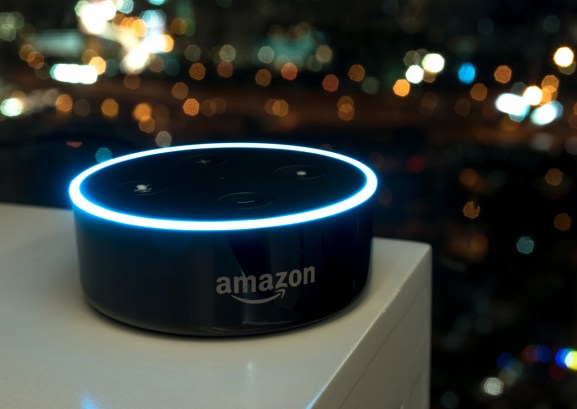 With no more than a few simple commands, Amazon’s Echo Show can highlight restaurants nearby, aggregate sports scores, and serve up viral YouTube videos. But the voice-centric nature of the Echo Show makes it difficult for deaf and speech-impaired users to use.

That’s changing today with the launch of Tap to Alexa, a new feature that lets Echo Show owners access weather forecasts, news headlines, timers, and other Alexa features by tapping on the Show’s screen. It places shortcuts to the aforementioned features on the home screen, where they can be swapped out or rearranged to each users’ liking.

“We hear from customers every day that Alexa has changed their lives for the better, and we’re pleased to deliver these new features that make Alexa accessible for our customers who are Deaf and Hard of Hearing, and those with speech impairments,” an Amazon spokesperson said in an email. “As with all Alexa features, these new features will continue to improve over time.”

In addition to Tap to Alexa, Amazon today announced that Alexa Captioning, which launched in the U.S. earlier this year, is making its way to the U.K., Germany, Japan, India, France, Canada, Australia, and New Zealand. As the name implies, it provides captions for Alexa’s responses on Echo devices with a screen, and also transcribes incoming voice messages.

To enable Tap to Alexa and Alexa Captioning, head to the device settings on the Echo Show and select the accessibility settings menu. Toggle the Tap to Alexa option, and from there, you’ll see a menu of preset options for requests and a text field for adding personalized requests. Alexa Routines — custom Alexa commands that trigger multiple actions at once — are also supported.

Right now, Tap to Alexa is only available on the Echo Show, but Amazon said it’ll come to the Echo Spot — the smaller, circular touchscreen-equipped smart speaker in its Echo lineup — in the next few months. It declined to say, however, whether it’ll bring it to Amazon Fire tablets docked in Show Mode.