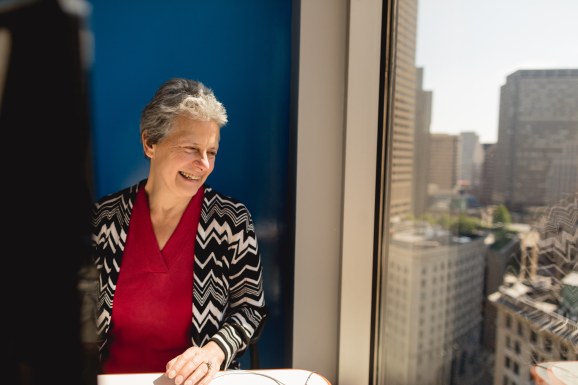 Fresh off a $100 million raise, Boston-based ezCater has picked up Paris-based GoCater to jumpstart its planned international expansion.

“It’s great to be the market leader in the U.S., but we’re inspired to help customers and catering partners worldwide,” said ezCater cofounder and CEO Stefania Mallett, in a statement. “GoCater’s ingenuity, high-caliber of talent, and company culture align perfectly with ours. Together, we’re unstoppable.”

ezCater operates a platform that allows companies to place meal orders with local businesses for a wide range of events. It also sells software to local businesses to help them manage ordering and delivery of catering services.

Founded more than a decade ago, ezCater has targeted what would otherwise appear to be a niche business and run with it. In the U.S., the company has 60,000 restaurant partners on the platform, has now raised a total of $170 million, and has 470 employees, including 50 in its Denver office.

While its revenues doubled each of the past six years, the company had previously said it would begin looking outside the U.S. for growth. The GoCater acquisition will give it an outpost in France from which to focus on European expansion.

Over the past two years, GoCater has been busy buying out regional competitors in France and Germany to grow its own corporate meal service. The merger will allow GoCater to immediately add the European franchises of U.S.-based restaurant chains, while also providing additional resources to add more European partners, the companies said.

An acquisition price was not disclosed.