Harry Potter is turning his attentions from battling dark wizardry to teaching kids how to code as DIY computing kit maker Kano has today unveiled a partnership with Warner Bros to launch a new coding kit.

The user follows the “how to make a coding wand manual” to assemble the wand, which features a magnetometer, accelerator, and gyroscope. This is about tracking the user’s hand movements so they can control the action on the screen in front of them using the wand. 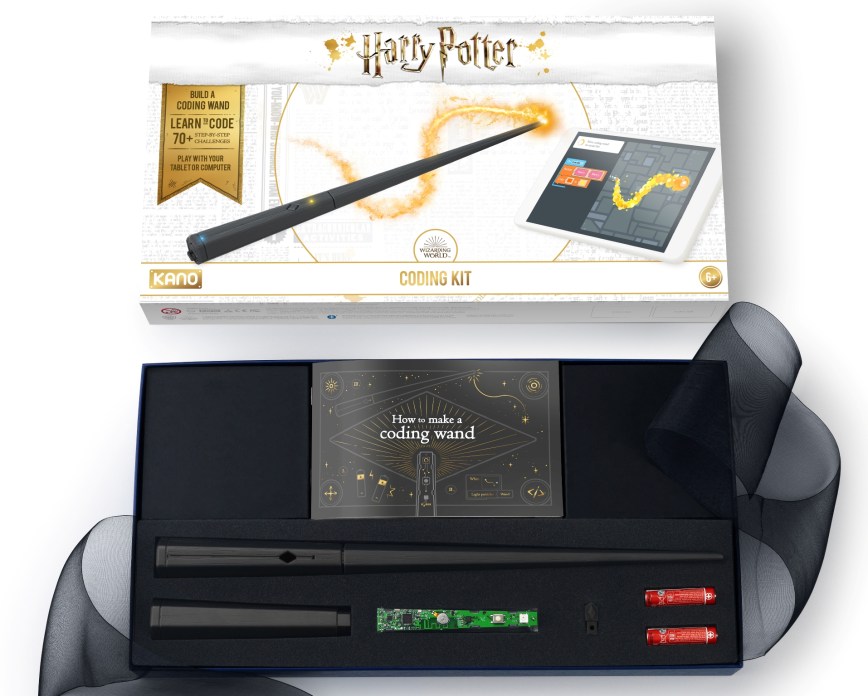 The Kano kit was designed primarily to work with iPads and Android tablets, which it connects to over Bluetooth, though it will also work with Windows machines and Mac computers. The coding wand works in conjunction with the Kano app, through which the user systematically unlocks more than 70 challenges from across Harry Potter’s world and which is designed to teach the basics of programming.

You can, for example, stipulate that when you swipe the wand down the pumpkin grows by 150 percent, or you can immobilize the Cornish Pixies. 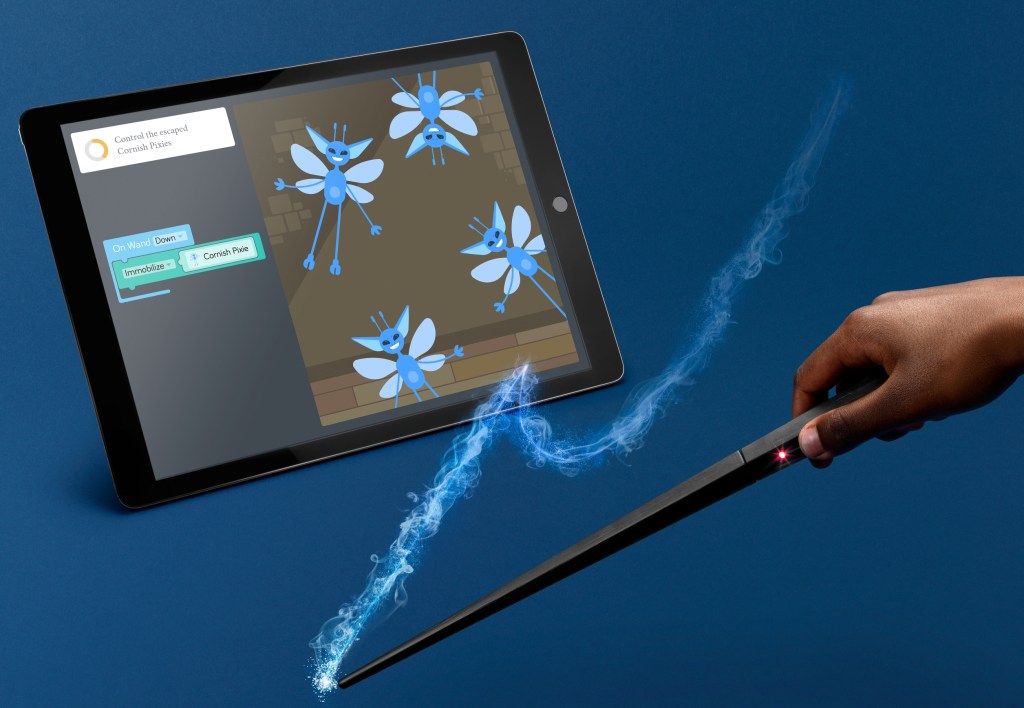 You can also easily switch between the animated pictures on the canvas and the corresponding JavaScript.

London-based Kano has been setting out to help anyone build their own computer using a range of DIY kits that are supported by an open coding platform. Through combining the kits, it’s possible to build just about anything, such as fully functioning PCs, radios, and games. The Computer Kit is a $200 build-your-own laptop that ships with all the parts needed to make a working PC.

Kano has raised more than $40 million in funding since its inception in 2013, including a $28 million round last November and an undisclosed amount from Sesame Street’s venture fund just last month. A number of similar companies have been working to help non-coders learn the basics through DIY kits. London-based startup Pi-top, which recently raised $16 million for its modular PCs, is one such company. And San Francisco-based Piper announced a $7.6 million funding round to expand its DIY computer kits for kids.

The new Kano Coding Kit is the first Harry Potter educational product aimed at the STEM realm, and it feels like one of those products that could be a real hit — it’s fun, interactive, educational, and it’s endorsed by Harry Potter (well, by Warner Bros. Consumer Products). Kids will love the idea of this, and at $100 parents will probably be keen to buy it.

“We’re surrounded by technology in our homes, workplaces, and pockets, yet only a small percent of people, less than 1 percent of 1 percent, understand the happenings behind the screen,” noted Kano CEO and cofounder Alex Klein. “We are thrilled to partner with Warner Bros Consumer Products to inspire people of all ages, all over the world to make their own code and see how easy it can be to understand, play, and create with it.”

The Harry Potter Kano Coding Kit is available on preorder globally today through Kano.me, though it won’t actually ship until October 1.