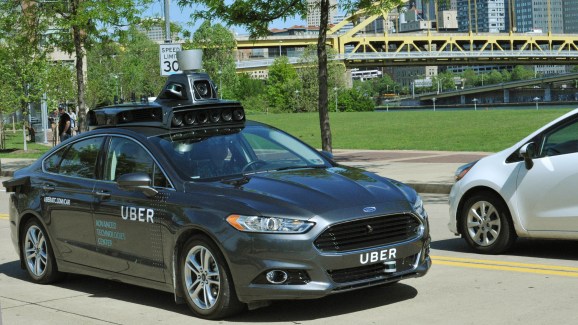 Nearly five months after a self-driving Uber car struck and killed a pedestrian in Tempe, Arizona, the ride-hailing company is redeploying the prototypes on public roads — albeit with their autonomous systems disabled.

In a Medium post published today, Eric Meyhofer, head of Uber’s Advanced Technologies Group, wrote that following a “top-to-bottom” review of its self-driving program, Uber will reintroduce its vehicles in Pittsburgh with appointed drivers (Uber’s calling them “mission specialists”) sitting behind the wheel. A second set of employees will be responsible for documenting “notable events”; previously, Uber tasked drivers with juggling both tasks.

Driving the cars manually, Meyhofer explained, will allow Uber engineers to record on-the-road scenarios that they can simulate digitally and on test tracks, and help to keep the maps in the cars’ navigation systems up to date.

The safety improvements aren’t merely skin deep. All of Uber’s autonomous car drivers have completed a new training program focused on safe manual driving — specifically defensive and distracted driving. Passengers will switch off with drivers throughout the duration of their shift. And going forward, all of Uber’s self-driving Volvos will be outfitted with an off-the-shelf, aftermarket monitoring system that will sound an alarm and alert a remote monitor if a driver takes their eyes off the road.

Meyhofer also said that the cars’ collision avoidance systems won’t be disabled by default, and that Uber is investigating ways it can work can work in conjunction with the company’s in-house autonomous platform. (The vehicle that collided with Elaine Herzberg — the victim of the March accident — reportedly had its emergency braking system switched off.)

In the aftermath of the March crash, it’s been anything but smooth sailing for Uber. The company halted self-driving tests in San Francisco, Toronto, and Pittsburgh shortly after Arizona Governor Doug Ducey suspended it from deploying cars in the state. And more recently, it let go 100 of its autonomous vehicle operators, although it’s encouraging them to apply for new “mission specialist” jobs in Pittsburgh.

“Self-driving technology has the potential to change how we move, reinvent how we design cities, and save lives,” Meyhofer wrote. “We recognize our responsibility to contribute to this future, and the essential role that safety plays as we move forward.”