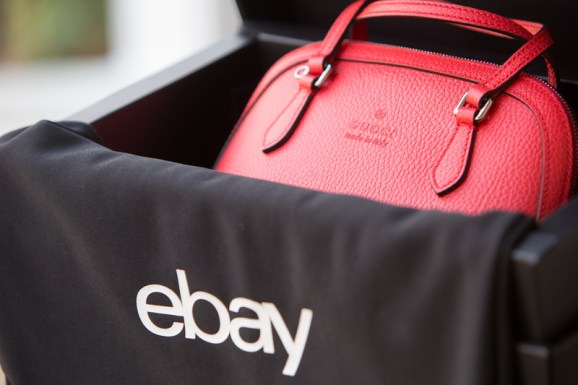 eBay says AI-powered improvements in its search rankings, knowledge of its inventory, and other areas are driving more than $1 billion per quarter in incremental sales on its marketplace.

eBay has used machine learning technologies in many parts of its business for more than a decade to optimize the matching of buyers with the right sellers. Until now, though, the company never publicly tried to qualify the overall impact of these technologies on overall sales.

Tom Pinckney, VP of applied research at eBay, said in an interview with VentureBeat, “It is indeed north of $1 billion per quarter.” AI and ML are driving incremental sales that wouldn’t otherwise have happened, he said, citing in particular AI used for search ranking, inventory understanding, buyer intent, and personalization. He said these incremental results are being achieved “quarter after quarter, and year after year.”

To be clear, sales for eBay are not the same thing as revenue. eBay is a marketplace that charges a fee for each item sold, and so its revenue is just a portion of what it calls its “gross merchandise volume.” Pinckney did not say how eBay’s AI activities drive revenue specifically.

(This is just one in a series of interviews in the run-up to our Transform event on August 21-22, in which we showcase real examples of companies using AI to drive their business results. Our motto for the event is “You can do it too!,” because it’s not just the giant tech companies — Google, Amazon, Facebook — that can use AI.)

My video interview with Pinckney is above. Here are my five takeaways:

1. Deep learning is real. eBay has turned to this AI approach to help curate results based on knowledge of its inventory. In many instances, shoppers might see a search result page with what looks to be repetitions of the same product link. eBay can avoid this by using image recognition to know exactly what the products are, which ensures it’s showing more diverse result links to potential buyers.

2. Approaches within AI are plentiful. Around 80 to 90 percent of things eBay is doing in this area actually has more to do with machine learning than AI. And eBay is using it in all areas of its business, from understanding what buyers are looking for when they start searching to offering them the right pricing, knowing how to advertise inventory, and knowing when shipped products will arrive.

3. The “big data” revolution that unfolded several years ago still yields big results. Pinckney says he saw a big inflection point with the move to an infrastructure that let data scientists access huge data sets in a single place, something that hadn’t been possible before. These include technologies like Hadoop and Spark. Deep learning also hit an inflection point, though only for certain kinds of problems. Data is still more important than the algorithm, Pinckney says: “I’d rather have a less superior algorithm with ten times more data than a superior algorithm with ten times less data.”

4. You need cross-functional teams. Pinckney says a key lesson eBay learned is that you need to hire applied researchers in ML within cross-functional teams that approach the entire product lifecycle, from (1) behavioral and other data being tracked, to (2) model training, (3) model deployment, (4) model inferencing, and (5) performance monitoring.

5. Sometimes there’s no avoiding hiring expensive talent. eBay is a company operating at such a large scale that it has to build and deploy a lot of the ML and AI itself. There plenty of other instances — for example, at Olay and TGI Friday’s — where a lot of AI work can be outsourced, as VentureBeat has reported. Pinckney, however, doesn’t see eBay’s core ML work being outsourced anytime soon, whether to non-technical users or to outside vendors. “Maybe in the next five years we’ll be talking about how that’s the next inflection point,” he said.