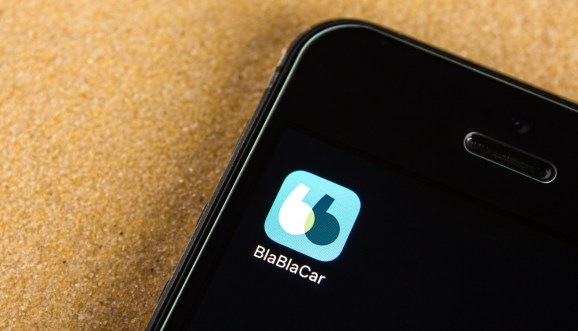 BlaBlaCar has made its second acquisition of the year, with the French ride-sharing giant announcing it has snapped up Russian carpooling platform BeepCar from Mail.ru. Terms of the deal were not disclosed.

Mail.ru launched BeepCar just last year, but it appears that the Russian internet giant has elected to focus on its core competencies by offloading the platform to an established player in the mobility realm. Though the deal will see BlaBlaCar take full ownership of BeepCar, BlaBlaCar said it has committed to a partnership to promote its carpooling services through Mail.Ru’s various platforms, which include social networking sites, instant messaging, search engines, and ecommerce portals. In other words, BlaBlaCar will pay Mail.ru to promote BeepCar through online advertising, though it’s not entirely clear whether this was the sole financial commitment BlaBlaCar made as part of the deal.

It’s worth noting here that Mail.ru has investments in other e-taxi initiatives, having recently joined MegaFon to acquire a majority stake in Moscow-based ride-hailing service CityMobil.

By way of a quick recap, BlaBlaCar is one of France’s most heavily funded startups, having taken in more than $330 million in venture funding since it launched back in 2006. Its 2015 $200 million series D round stands as the highest single funding round by a French startup, and also gave it a $1.6 billion valuation.

BlaBlaCar is better known as a long-distance carpooling app, though it has catered to shorter trips since it launched its BlaBlaLines app in France last year. Today, BlaBlaCar claims 65 million members in more than 20 countries, and since 2014 it has also operated in Russia, which is now its top market, with 15 million members.

BlaBlaCar was already the market leader for carpooling in Russia, but BeepCar claimed more than 5 million app downloads in Q2 2018 alone, which was clearly sufficient traction for BlaBlaCar to come calling.

“Today’s news forms part of a wider strategy to consolidate BlaBlaCar’s international growth,” noted BlaBlaCar cofounder and CEO Nicolas Brusson. “Through this acquisition, we are doubling down our commitment to develop carpooling in Russia and to address growing Russian demand for a convenient and reliable long-distance mobility solution.”

We’ve seen a trend of consolidation deals across the ride-sharing and ride-hailing industries of late. A few months back, BlaBlaCar acquired French urban carpooling startup Less after it had been in operation just a few months, while Uber and China’s Didi Chuxing have played key roles in many deals that have gone down globally. In Eastern Europe specifically, Uber and Yandex merged their respective ride-sharing services last summer to form a new $3.8 billion company targeting Russia and neighboring markets.

This latest acquisition very much fits into that broader trend.