Google today announced a bunch of updates are now rolling out to its Google for Education suite. Some of these upgrades were first unveiled in June at ISTE 2018, an annual conference hosted by the International Society for Technology in Education.

First up, Classroom — a web service that connects teachers with each other and with learners for the purpose of sharing information, assignments, and general networking — now sports a dedicated Classwork page. Here, teachers can organize assignments and questions through grouping them into separate modules, which helps to separate class content from the conversations within Stream.

Additionally, the new People tab is designed to give teachers a “unified place to manage students, co-teachers and guardians,” according to Google’s announcement in June. 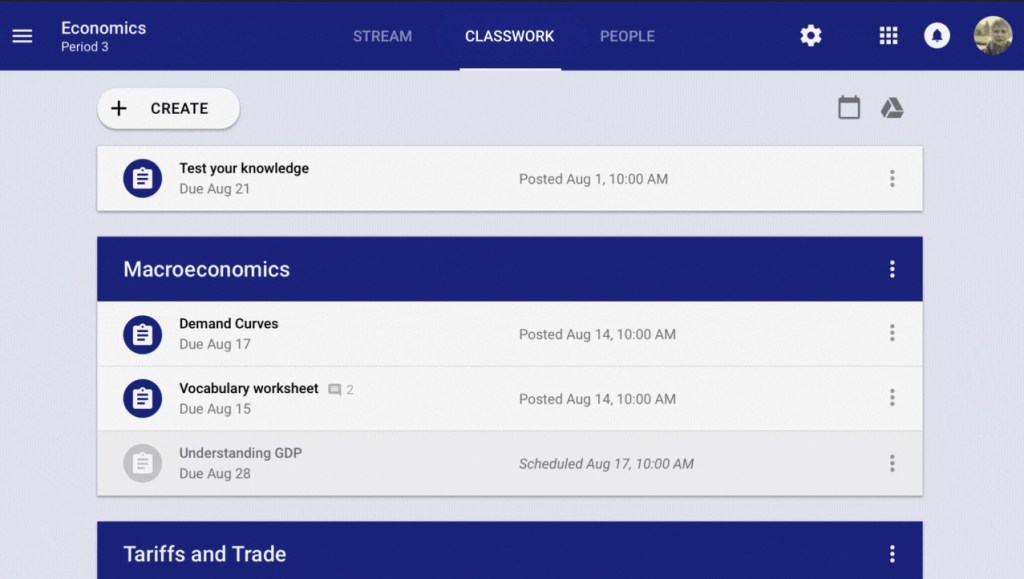 Last month Google also launched Course Kit, a toolkit for teachers to use Google Docs and Drive to collect assignments and provide better feedback to students. Now, the various feedback facets of this toolkit are being ushered into Classroom too.

“These new grading features, such as a customizable comment bank and the ability to toggle between files and student submissions while grading, will help facilitate effective teaching and learning through improved collaboration between instructors and students,” noted George Reis, a software engineer at Google for Education, in a blog post.

Also as part of the Classroom refresh, teachers will now be able to create Google Form quizzes with a so-called “lock mode” on Chromebooks — this essentially prevents students from navigating away from a Quiz until they submit all the answers.

You may also remember that back in May Google launched Tour Creator, which makes it easy for anyone — even non-coders — to create virtual reality (VR) experiences from photos and Street View. Well, Tour Creator now also allows photos taken on any device through the Cardboard Camera app to be added to tours, while soon young learners will be able to add VR180 photos to tours as well. For the uninitiated, Google unveiled VR180 last year, a video format that is designed to make VR more accessible and affordable. It was created with Google’s Daydream VR team and promises immersive 3D video that only requires creators to capture 180 degrees, thus negating the need to capture a full 360-degree landscape.

Other Google for Education updates rolling out from today include a bunch of new activities and lesson plans from Google Earth, which allow students to explore various worlds including Mars and the depths of Earth’s oceans, while teachers can access new video-based training material in the refreshed Teacher Center.