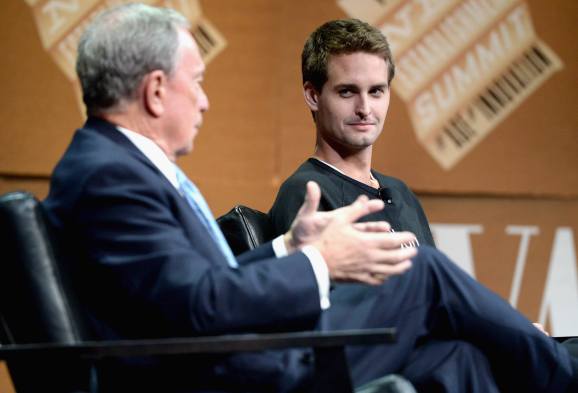 Daily users fell to 188 million from 191 million in the prior quarter, which could heighten investor anxiety about how competition and privacy issues are affecting Snap and its peers.

The company beat analyst revenue forecasts as it drew in more international and small business advertisers but posted a wider-than-expected quarterly loss.

Snap had never before logged a quarterly drop in users, according to data it has released going back to 2014. Analysts on average expected Snap to gain nearly 2 million users in the second quarter from the first quarter, according to Thomson Reuters I/B/E/S.

Snap’s user growth has pulled back sharply over the past two years. Much larger rival Facebook Inc has replicated Snapchat features such as virtual animal ear filters for selfies and the “stories” format for sharing content.

A Snapchat redesign in February aimed at encouraging users to watch more videos prompted user protests after they found it more difficult to find the content they wanted. Snap in first-quarter results said it would again adjust how it presents content.

Earnings from Facebook and Twitter Inc in recent weeks spooked social media investors by showing issues around data privacy, abusive content and phony accounts were weighing on user growth and sending expenses higher. Both companies shed some 19 percent in market value after reporting, and the results also weighed on Snap shares.

Snap lost about 1 million users in each of its three geographic reporting regions: North America, Europe and rest of world.

The company has been working to convince big advertisers to spend more of their budgets on Snapchat ads and reach the app’s base of mainly 18-34-year-old users, but companies have largely considered the spending experimental.

Snapchat is popular for private messaging, but most of the ads Snap sells accompany videos that are shared with a wider audience. The redesign meant to put more of the public content front and center sparked user backlash earlier this year.

But the change has made it more difficult for Snapchat to distinguish itself from other video-heavy apps and draw premium prices. The company had warned revenue growth would be lower in the second quarter as selling ads in open auction lead to weaker prices, offset somewhat by showing more ads.

Snap also has been challenged by competition from Facebook’s Instagram, which has more than 1 billion users and now many of the same features as Snapchat.

Snap, which has never had a profitable quarter, went public in March 2017 with a $17 share price. The stock jumped immediately following the IPO but has lost some 50 percent since.

Snap has tried to focus on developed markets with strong revenue potential, in contrast to Facebook’s strategy of tailoring its apps for emerging markets that are contributing much of its new users.

The company held its first annual shareholder meeting last week via a webcast that lasted three minutes, an unusual affair because its publicly traded shares do not carry voting power.

Snap Chief Executive Evan Spiegel and Chief Technology Officer Bobby Murphy control the company, and they received no questions or proposals from fellow shareholders for the session.