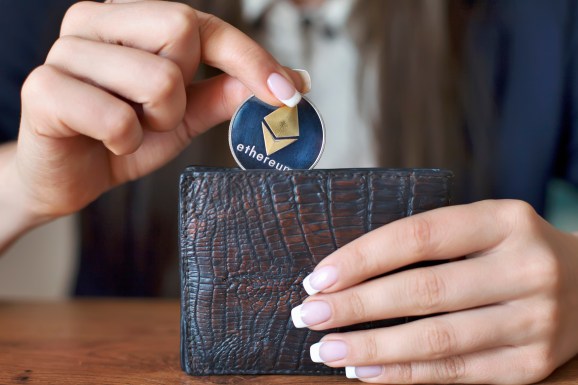 One of the things that constantly holds back the adoption of blockchain technologies and cryptocurrencies is their complexity. Techies know how to navigate these new waters, but the average consumer has a hard time.

Zerion, which is building technology for a tokenized financial system, today announced Tokenary, a new Ethereum wallet the company claims is easy enough for everyone to use.

Make Ethereum and other tokens so easy to manage that people can own and use a wallet that supports frequent consumption, similar to the way they use credit cards and internet banking today. Tokenary is designed to eradicate the long bank delays and high fees that are associated with many cryptocurrencies.

Tokenary synchronizes its users’ wallets and portfolios across all Apple devices via iCloud. Private keys remain on-device, helping keep them secure from any privacy breach.

“Right after the keys are generated, they are instantly encrypted and put in the keychain,” Tokenary lead developer Ivan Grachev told me. “The private keys are always kept locally to ensure their safety. Additionally, the app uses Face ID and Touch ID to protect unauthorized access.”

That’s important because some Ethereum wallets have been subject to security breaches since launch, causing users to lose tokens, along with their trust in those solutions.

“Some research suggests that mobile wallets are on average safer than web-based ones, like MEW, because users don’t need to import their keys into an app every time they want to transact,” Grachev said. “Moreover, every app executes in its own sandbox, and its memory is separated from other potentially malicious apps.”

Through Apple’s cloud infrastructure, Tokenary syncs a user’s activity across their Apple devices, making it relatively easy to execute transactions whenever and wherever they need to. Whether it is on their iPhone, iPad, or Mac, the app sends notifications for all important wallet activity so the user doesn’t miss an important change in the state of their holdings.

Once the address is connected, the app automatically detects any ERC-20 tokens on all accounts, eliminating the need for users to add them manually.

Tokenary is focused on storing cryptocurrencies, not on the conversion of those tokens to fiat currencies — such as the U.S. dollar.

“We currently don’t have an option to convert ETH to fiat, and don’t plan to implement it in the near future because Zerion’s primary focus is on tokenized finance,” Grachev said. “We’re already working on the native interface for trustless token exchange via Bancor, AirSwap, and 0x protocols. After that, users will be able to simply pick their favorite decentralized exchange and trade tokens in just a few taps.”

“Tokenary was created with a vision to provide the most simple and convenient wallet for tokens,” Grachev said. “With the emergence of various token protocols, we decided to support as many as we can. Our next goal is ERC-721, a protocol for non-fungible tokens, or simply collectibles.”

Zerion is also working on additional integrations to increase the capability of the platform for its users.

“Another milestone for Tokenary is integrating a distributed app (dApp) browser to give users access to thousands of dApps for Ethereum out there,” Grachev said. “This will include decentralized exchanges, marketplaces, games, and more. Lastly, for users with large cryptocurrency holdings, we will be adding support for hardware wallets, such as Ledger in our MacOS app. This will supply an additional security layer for Tokenary users.”

The Tokenary Ethereum Wallet is available from today on the App Store and Mac Store.