When Apple announced that it was adding “Hey Siri” functionality to the new MacBook Pro last month, my eyes almost rolled back into my head. I don’t expect every new feature of every new Apple device to be tentpole-quality, but since Siri on the Mac has been largely yawn-inducing, “Hey Siri” on the Mac is all but pointless. At least, for now.

I have no beef with the concept of Siri, and I’ve been hoping for it to improve since it hit iOS back in 2011. As a fan of Siri’s 2009 predecessor Voice Control, I have spent nearly a decade commanding Apple devices using spoken phrases. But the reality of Siri’s performance has continually fallen short of its potential. When I wrote recently about an independent study and an Apple ML blog post that claimed Siri is getting better, friends and family reached out to tell me — as they at least annually do — that it actually feels like it’s getting worse.

It’s hard to measure Siri’s actual performance because it’s a constellation of services operating across individual devices and cloud servers. Personally, I find that it has serious problems on my iPhone in my car, on my HomePod in my office, and my iPad in my home. It screws up directions to local businesses, looking up information on the web, and sending text messages. And it takes so long to respond on my Apple Watch that I always wish I’d never asked at all.

Apple first added “Hey Siri” — a voice trigger for the assistant — to iOS devices four years ago. Since then, I’ve found that I can consistently rely upon it for basically three things: to tell me the time, to recite the most basic weather when I’m in bed, and to stop or start playback on my office’s infrequently used HomePod. On occasion, I ask it to do more, but frequently have to ignore or manually correct its irritatingly wrong responses. 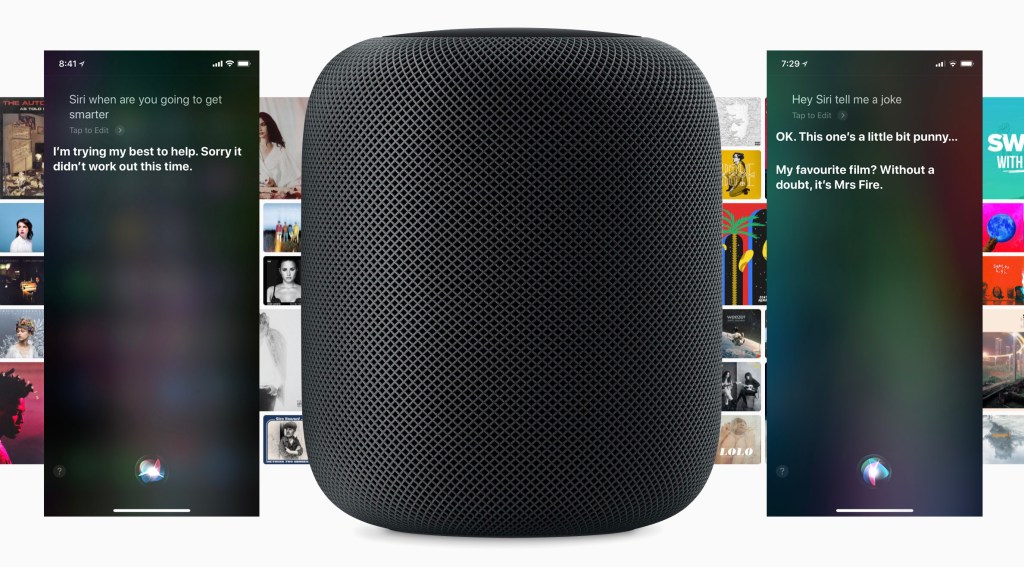 This year, “Hey Siri” actually created a new (and as yet unresolved) problem for HomePod early adopters. Every device that supports “Hey Siri” will activate in a room at the same time, and if a HomePod is one of those devices, it will always take the lead — even when it’s the most limited in functionality. So if I’m in my office with my iPhone, iPad, and HomePod and say, “Hey Siri, dial my wife,” the HomePod will take over, only to tell me “I can’t help you with calls on HomePod.”

That’s a good part of the reason that adding “Hey Siri” support to a Mac doesn’t move the needle at all for me. Since the iPhone outsells the Mac by a 10:1 margin these days, there’s a pretty good chance that anyone buying a new MacBook Pro already carries around an iPhone with the same capability.

The next part is the usage model for laptops: As distinguished from tablets, they are defined by including built-in keyboards and trackpads as direct input devices. In nearly two years of owning a MacBook Pro with Touch Bar, I have found zero reason — apart from work-related testing — to use the Siri button that sits an inch away from my fingers. It’s great in the abstract that my Mac supports Siri, but practically, there’s nothing it does that I can’t do faster on my keyboard or trackpad.

VentureBeat’s news editor Emil Protalinski raised a couple of potentially useful scenarios: Could a MacBook Pro with Hey Siri become more usable across a room? If so, could the multipurpose laptop take the place of a HomePod?

For the time being, the answer to the first question is “only if you leave your MacBook Pro’s lid open.” Assuming you do, “Hey Siri” can be triggered when the Mac is sleeping, though as Apple separately notes, “you may need to unlock your Mac” to get a response. So how do you unlock your Mac? Walk up to it and use the keyboard and/or Touch ID sensor.

So could a laptop take the place of a HomePod? I’m going to go with a deliberately open-ended “uh, kinda?”

A MacBook Pro doesn’t have HomePod-quality speakers. It takes up more space. You will sometimes have to interact with its screen. But its version of Siri can technically do more than a HomePod can — which it should, given that the least expensive MacBook Pro with Hey Siri support is $1,799. I don’t in practicality see anyone replacing a HomePod with a MacBook Pro, but then, I wouldn’t generally recommend buying a HomePod in the first place. 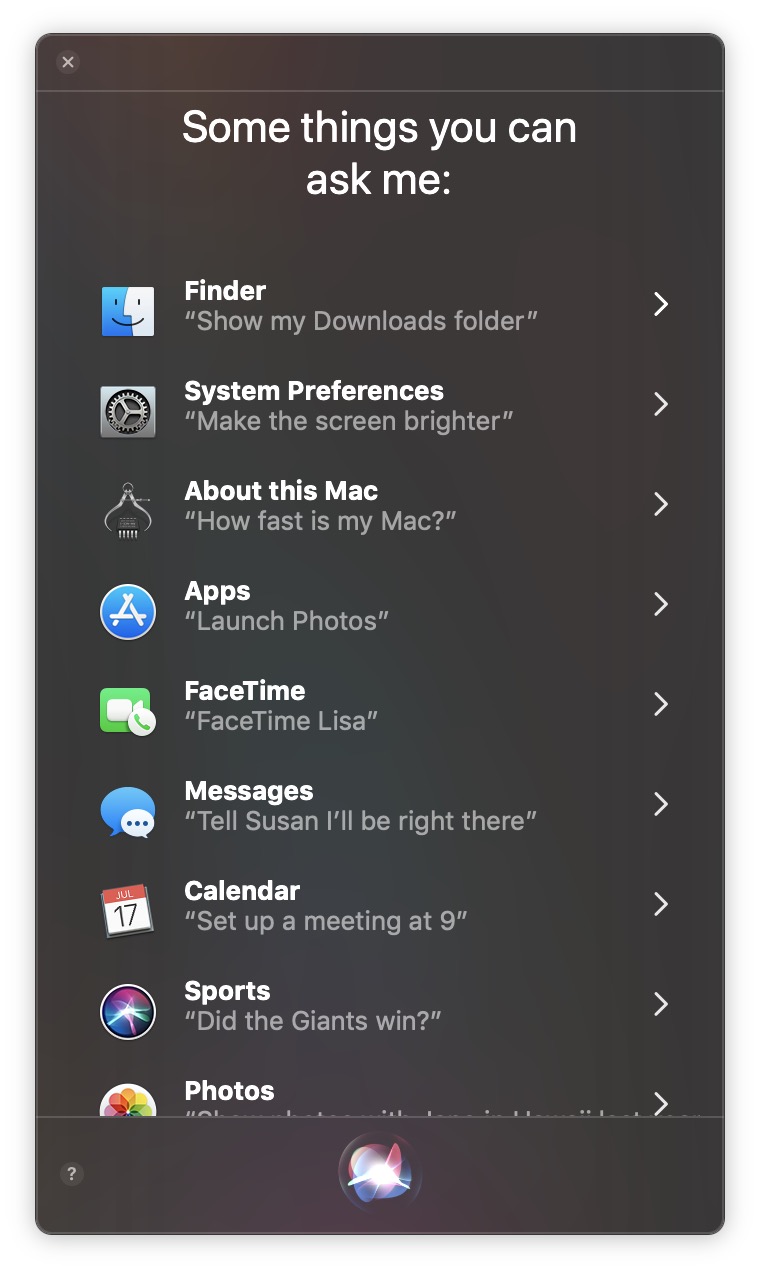 Above: Here’s some of what Siri can do on a Mac, from macOS Mojave.

From my perspective, Siri’s performance makes it problematic — specifically, unreliable — regardless of the device or environment it’s in. When an AI assistant has a lower probability of properly handling your request than just typing, clicking, or tapping something yourself, you just stop using it no matter how convenient its activation method may be. And even if Siri works well on one device (say, an iPhone in an otherwise quiet room), the fact that it can be preempted on another, less capable device (like a HomePod) can foul the overall experience.

Apart from a few family members and friends who still have strong opinions on Siri, most people I know tell me the same thing: They stopped using Siri long ago and have had no reason to come back. Given all of Apple’s expenditures and development work over the past decade, it’s crazy for me to realize that the few things I use Siri for today are extremely similar to how I used Voice Control back in 2009. Apart from basic in-car commands, I barely ask Siri for anything. 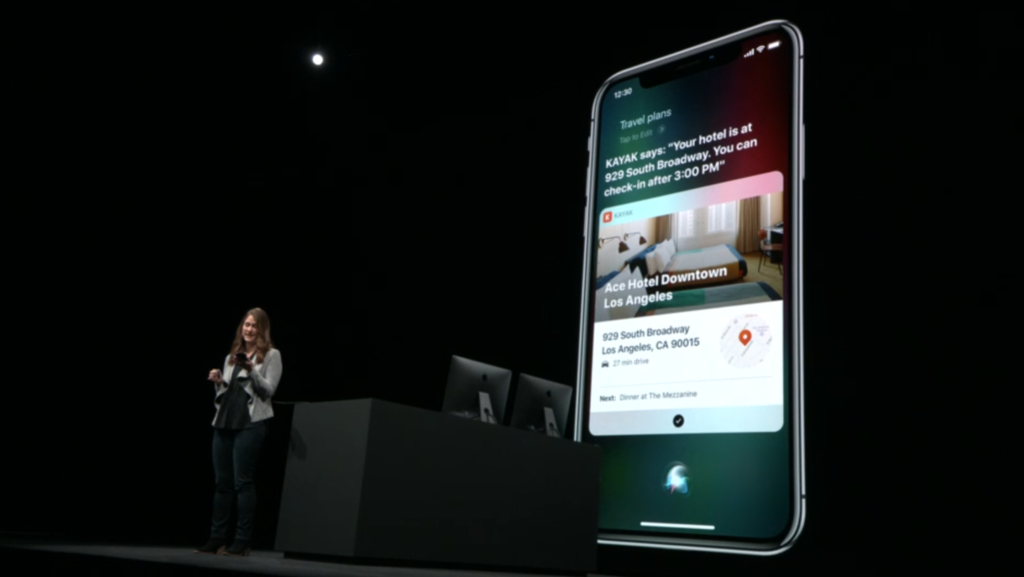 If Apple wants to win Siri users back, it doesn’t just need a cheaper HomePod, or to add Hey Siri functionality to Macs. It needs some major reason for people to start caring about Siri again, period. Once the feature starts working properly, perhaps its ubiquity in devices such as Macs and Apple Watches will matter. But for the time being, it’s as important to Mac users as the LaunchPad function key: barely a blip on the radar, awaiting a paradigm shift that may never come. Here’s hoping that Apple’s latest Siri executive changes, hiring decisions, and feature additions like Siri Shortcuts actually make a big positive difference this time.