Full Harvest, a B2B marketplace that helps farmers shift surplus and imperfect produce to food and beverage companies, has raised $8.5 million in a series A round of funding led by Spark Capital, with participation from Cultivian Sandbox Ventures and Wireframe Ventures, among others.

The San Francisco-based startup works with food buyers and sellers to find a market for food that may otherwise be disposed of. For example, the fruit and vegetables you see in your local supermarket are usually the best of the bunch, in terms of shape, size, and general aesthetic qualities — but a by-product of this preference for perfect-looking produce is that the imperfect goods often end up in a landfill. 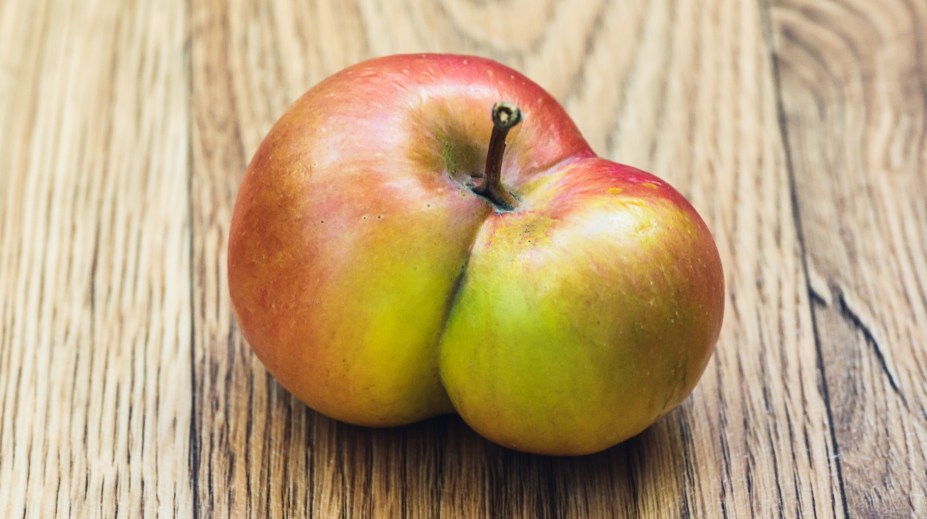 Above: Is that 2 for the price of 1… or just a deformed apple?

As much as 40 percent of food in the U.S. alone goes uneaten each year, according to the Natural Resources Defense Council. Globally, about one-third of the food produced each year, the equivalent of 1.3 billion tons, is either lost or wasted, according to the United Nations’ Food and Agriculture Organization. This is the problem Full Harvest is trying to solve.

Farms can sign up through the platform to list and sell produce they might struggle to offload through traditional retail outlets. Buyers can sign up to receive pricing alerts and place orders through the Full Harvest platform.

Full Harvest already works with a number of U.S. food and drink companies, and the startup claims it has helped one major U.S. farm increase its profits by 12 percent per acre.

Founded in 2015, Full Harvest is one of a number of fledgling waste-reducing platforms to garner investor interest of late. Earlier today, London-based Karma raised $12 million for a marketplace that helps restaurants and supermarkets sell surplus food directly to consumers through a mobile app, while last week Apeel Sciences closed a $70 million round for technology that adds a second skin to fruit and vegetables to prolong their shelf life. Elsewhere, Winnow raised $7.4 million to help commercial kitchens cut waste by using a food tracking device.

“By aggregating excess produce supply at scale and providing a superior user experience to growers and food buyers via software, Full Harvest is shifting the way the industry thinks about how produce is bought and sold,” said Spark Capital investor John Melas-Kyriazi.

Prior to now, Full Harvest had raised $2 million in seed funding, and with its fresh cash injection it plans to eradicate food waste at farm level by scaling its platform and expanding its U.S. footprint. This will involve going on a big hiring spree, as it plans to triple the size of its technology, sales, and operations teams.

“Our marketplace will drive a waste-free future on produce farms that benefits growers, food and beverage companies, and consumers,” added Full Harvest founder and CEO Christine Moseley. “Using this investment to expand nationally and roll out new platform capabilities and produce offerings, Full Harvest will get more produce directly from farms to food and beverage producers.”