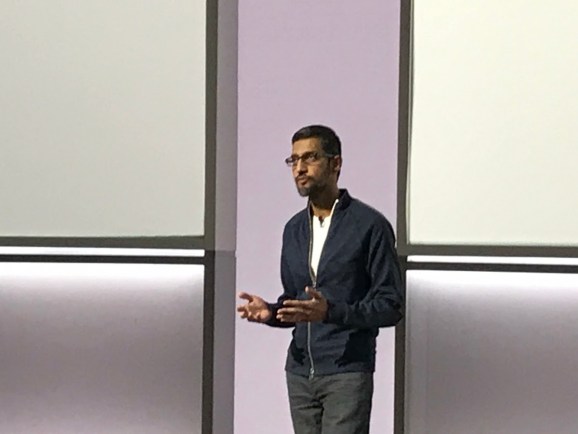 Google today published its political ad database, joining Facebook and Twitter in offering more disclosure around online ad spending after all three were prompted to do so by federal lawmakers.

Google also announced today that it will be adding a section on Political Advertising on Google to its Transparency Report, which will be updated weekly to show how much money is being spent to serve political ads on Google on a state and congressional district level.

Unlike Facebook and Twitter, Google’s database doesn’t currently include issue ads — ads that touch on political topics like immigration or abortion, but which aren’t paid for by a political organization — but that is something the company is considering adding in the future.

“Even though the political advertising report and Ad Library provide many new insights, we know there is more work to be done. We’re working with experts in the U.S. and around the world to explore tools that capture a wider range of political ads — including ads about political issues (beyond just candidate ads), state and local election ads, and political ads in other countries,” Michee Smith, who is a product lead on Google’s Transparency Report, wrote in a blog post.

Like Facebook and Twitter’s political ad archives, Google’s database doesn’t offer suggested search terms — for example, the names of specific congressmen and women to look up — so it’s more likely to be used by researchers, journalists, and political strategists than the average internet user.

There are a few features that stand out though: First, that in addition to the name of the organization that paid for the ad, Google also provides that organization’s Federal Election Commission ID number and a link to their page on the FEC website, so someone can more easily browse through that organization’s FEC filings to figure out which individual donors are funding a PAC, for example.

Additionally, Google notes that all the data in its political ad library will be available on Google Cloud’s Big Query so that researchers and other third parties can more easily download the data.

With the U.S. midterm elections less than three months away, Google is clearly touting these new transparency features to show that it’s learning from the criticism lawmakers heaped on Google, Twitter, and Facebook following the 2016 U.S. presidential election. But the biggest test will be in how Google does in dealing with misinformation, particularly on YouTube, being spread by foreign actors looking to meddle in the election.