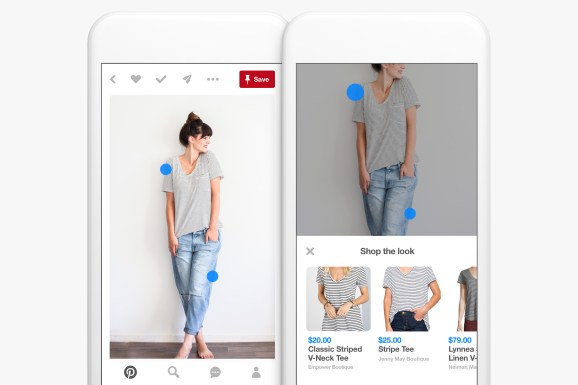 Pinterest today shared details about how it created PinSage, a graph convolutional network that can learn about things like nearby Pins, or nodes, in massive web-scale graphs.

In a similar way to Google’s Word2Vec, PinSage learns recommendations by borrowing information from nearby Pins in a graph, using both visuals and text descriptions of photos.

The approach taken by PinSage has led to a 25 percent increase in impressions for Shop the Look, a feature that lets Pinterest users buy clothes seen in Pins.

“Our model relies on this graph information to provide the context and allows us to disambiguate Pins that are (visually) similar, but semantically different,” Pinterest Labs research scientist Ruining He said in a blog post. “To our knowledge, this is the largest application of deep graph embeddings to date and paves the way for a new generation of web-scale recommender systems based on graph convolutional architectures.”

PinSage performance results were published online in Arxiv in June and will be shared at the SIGKDD conference next week in London.