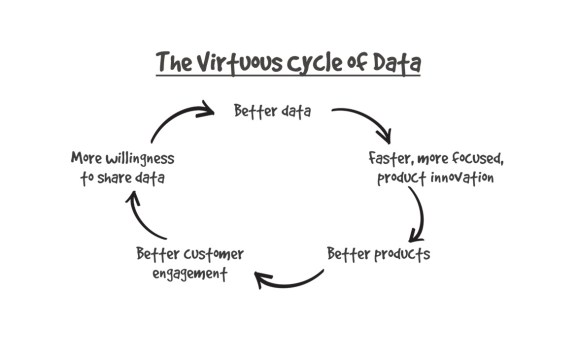 Over the last decade, technology companies like Amazon, Apple, Google, and Facebook have risen to the top of brand value lists by outgrowing many of the traditional consumer companies like Disney, Toyota, and McDonald’s. There are many factors driving this rapid growth in tech brand value, but a large portion of the growth can be attributed to the virtuous cycle of data for tech companies. Technology companies know their customers, even anonymously, much better than the companies behind traditional consumer products, and they use that customer data to continuously improve their products which, in turn, drives brand affinity and loyalty. 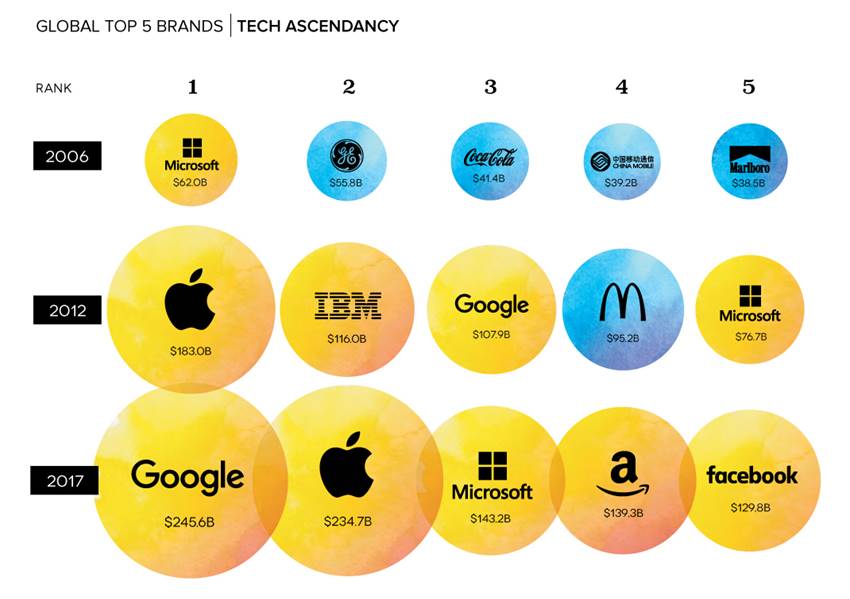 Unlike traditional consumer companies, tech companies typically have a direct relationship with their end consumers. This gives them access to more data on how customers use their products, and they can use this data to directly inform product development, creating better user experiences. As the product gets better, users in turn share more data, which further accelerates this cycle of faster innovation and better products.

For example, after buying an iPhone at Best Buy, users are asked to register for an iCloud account in order to access the Apple App Store and other Apple services, and this allows Apple to customize its service offerings based on data collected from that iPhone. By continuously collecting usage data and iterating on customer feedback, Apple can build great customer experiences.

On the other hand, if that same customer were to purchase a bottle of Coca-Cola on their way out of the same Best Buy store, Coca-Cola would only receive high level sales data and would not be able to iterate on its pricing, packaging, and product in response to customer behavior as quickly.

To illustrate the speed at which technology companies can quickly close the loop between customer feedback and product updates, take a look at the recent issue discovered by Consumer Reports with the braking of the Tesla Model 3. Just seven days after the report was released, Tesla issued an over the air update that addressed the problem and reversed the Consumer Reports review of the car. Imagine this happening at GM or Ford.

Another example is Amazon’s step into building its Amazon Basics brand. These products are designed around the attributes that customers find most important, and these attributes can be inferred from reviews, purchase behavior, and even usage data on some of their devices. Examples of what you see when buying Amazon Basics products are better packaging for electronics, simplicity of design, and easy-to-digest product descriptions. The results show this process of listening to customers and quickly iterating on products works. Amazon’s private label products will earn hundreds of millions, if not billions, in revenue this year.

In addition, Amazon has begun opening physical stores to take its learnings from the digital world to the world of physical retail. For example, it can use data of what books are most popular with readers in the Seattle area to influence what it displays in its bookstore in the University Village shopping center in Seattle. 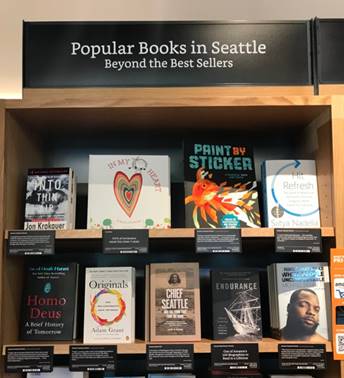 By opening up physical bookstores and Amazon Go cashier-less stores, Amazon can now close the loop between their digital shoppers and physical shoppers to create custom retail locations that leverage both sets of data. Like we have seen with companies like Indochino and Warby Parker, combining digital and physical customer experiences is a powerful combination and allows companies to have more touch points with their customers. (Disclosure: Our firm is an investor in Indochino.)

This virtuous cycle of data – driven by consumer trust – is driving the growth behind many of the largest machine learning projects in the world today. Whether it is Google search results, Facebook news feed, or Xbox game recommendations, consumers are willing to share more and more data in exchange for better products.

We have seen several high-profile breaches of trust tied to AI systems this year, from autonomous vehicle accidents to Russian shell companies influencing our political views to malfunctioning robots that laugh at us and even robots that trick people into believing they are humans.

When consumers feel there has been a breach of trust in an AI system, the reactions can be quick and severe. In the case of the Cambridge Analytica scandal, customers immediately deleted their accounts, celebrities made public announcements about deleting Instagram, and Facebook stock dropped more than 10 percent over two days. Since then, Facebook has taken several steps to regain trust, such as tightening apps’ access to data. 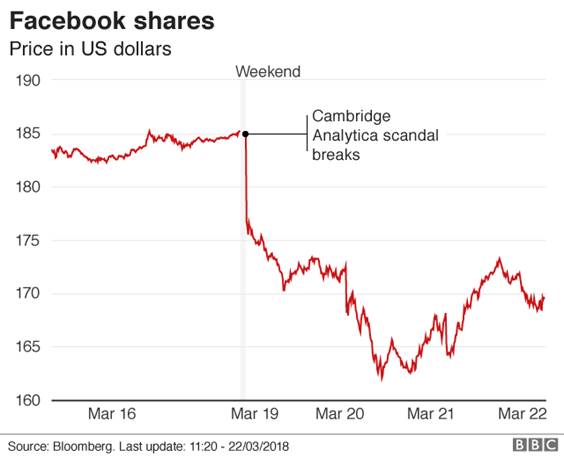 In good times, the virtuous cycle of data builds on itself. When things are going well, people share more data, companies build better products, and people continue sharing even more data. However, when things start going poorly, the negatives pile on quickly as well. If people are less willing to share data, companies find it harder to prioritize product development efforts, they lose customers, and they find it increasingly difficult to build good products.

Over the next few years, we will see more traditional consumer product companies using their data to build better products because all companies are becoming technology companies. For example, Alaska Airlines will be able to better predict what flight times and routes I prefer, Nordstrom will know what sales I am most interested in, and Starbucks will use customer loyalty data to provide better recommendations on what drinks I should try.

In the midst of this transformation, the increased regulatory and consumer scrutiny on what companies are doing with consumer data will lead those companies to take firmer stances on adopting a more systematic approach to transparency around data collection, data warehousing, and adherence to data regulations.

There was a time in the recent past where the data business felt like it was owned by Facebook, Google, and Amazon, but growing consumer and corporate awareness about the value of data is creating an important shift that enables many other companies to develop their own virtuous data cycles.

Companies that grasp the importance of both collecting and safeguarding trusted consumer data will reap the rewards of delivering better user experiences, and the winners of this transformation will be the companies that are thoughtful and rigorous in how they build data strategies that enable them to earn users’ trust, build great products, and demonstrate value to their customers.