Jobs with AI or machine learning in their description rose 99.8 percent between June 2015 and June 2018, according to Indeed.com.

The data was shared today in a report highlighting the performance of jobs related to AI on the job listing website.

Job searches with AI or machine learning in a query during the same time period were up 182 percent.

Highest among them was director of analytics ($140,000 annual salary), followed by principal scientist ($138,000), and machine learning engineer and computer vision engineer (both $134,000). 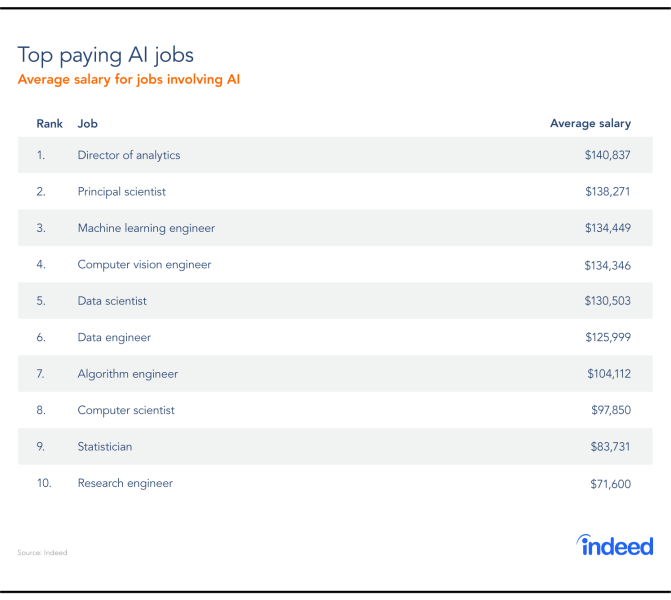 With 11.6 percent of all job listings with AI or machine learning in a job description in a metro area between June 2018 and June 2018, New York was ranked the top city for job listings in the field, followed by San Francisco (9.6 percent), San Jose (9.2 percent), Washington, DC (7.9 percent), and Boston (6.1 percent).

Among job postings in metro areas, those most likely to list AI as a necessary skill include machine learning engineer, data scientist, computer vision engineer, algorithm engineer, and principal scientist. 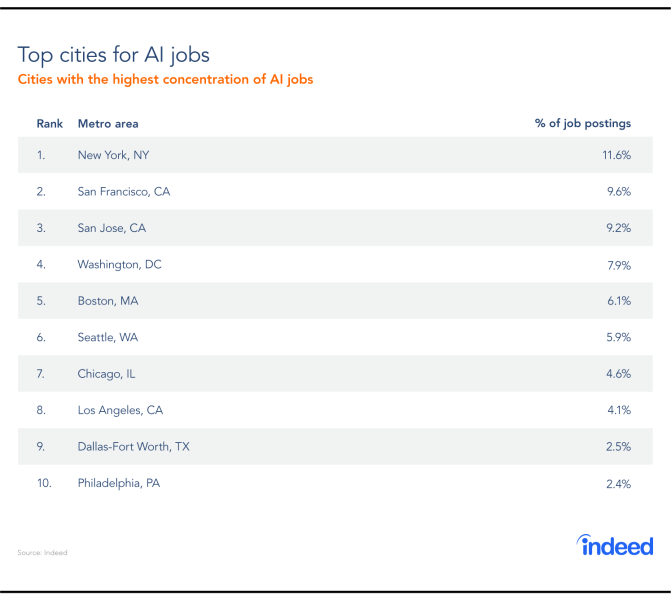 The vast majority of these job listings closed within 60 days, according to the data detailed in a blog post today.

In other not-so-rosy AI and jobs-related news, Bank of England chief economist Andy Haldane this week said although AI may create some jobs, automation and intelligent machines will hollow out many job markets. His words echo a Word Economic Forum report out last week that says AI has the potential to destabilize the global economy.