LG Electronics has announced the development of a connected robotic suit that won’t turn you into Iron Man but will help you do stuff like lift heavy boxes. And while we can imagine all sorts of fun and fantastic uses, LG says it’s mainly for assisting with manual labor at factories and warehouses.

The LG CLOi SuitBot will be on display at the upcoming IFA conference in Berlin, the company said, and the exoskeleton is designed to “support and enhance a user’s legs to allow for more mobility and lower limb strength.” 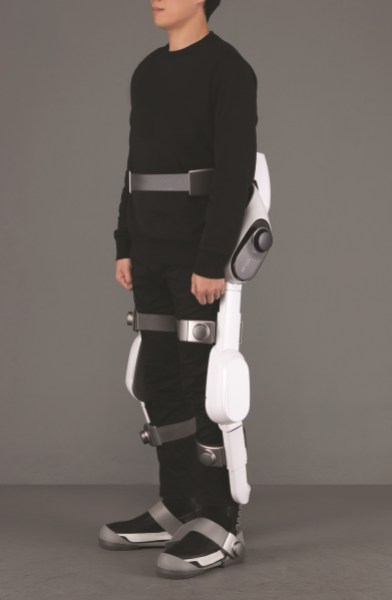 Just by looking at that photo, it should be obvious that the wearer can now dance The Robot like nobody’s business. And sports? C’mon. How long before we see human-augmented soccer tournaments or NFL players equipped with these or a new category of exoskeleton Mixed Martial Arts tournaments?

Alas, LG has more pedestrian uses in mind. The suit connects to other LG service robots. The idea is that companies can create a network of such devices at manufacturing and logistics worksites, with the exoskeleton assisting employees.

No pricing was announced. LG did note that the suit was the result of an investment it made in SG Robotics last year.

“A comfortable fit and naturally rotating joints allow the CLOi SuitBot to move in a more relaxed and natural way to enhance the lower body while walking, standing, or working,” LG said in a press release. “Its sandal-type shoes and automatic adjustment feature allow the wearer to get in and out of the suit more easily, differentiating LG CLOi SuitBot from many other exoskeletons.”