Only hours after Apple announced its September 12 media event, a leak of official images and details at 9to5Mac has confirmed the naming conventions and looks for Apple’s flagship iPhones: the 5.8-inch and 6.5-inch iPhone XS. Another leak has confirmed a larger-screened, redesigned Apple Watch Series 4, which similarly has been rumored for months.

As previously reported, the sequel to the iPhone X will indeed carry the iPhone XS name, and will apparently drop the “Plus” descriptor for the larger model. Moreover, a leaked image confirms a new gold color for the flagship iPhone, which previously was available solely in black/space gray and white/silver versions.

Each version of the iPhone XS is expected to include an OLED screen, a dual-lensed rear camera, and an Apple A12 processor that’s faster and more power efficient than the A11 inside last year’s iPhone X. While the smaller iPhone XS will look virtually identical to the iPhone X, the larger one will include a 6.5-inch screen — the largest yet on an iPhone — with the ability to split into two panes when used in widescreen orientation. 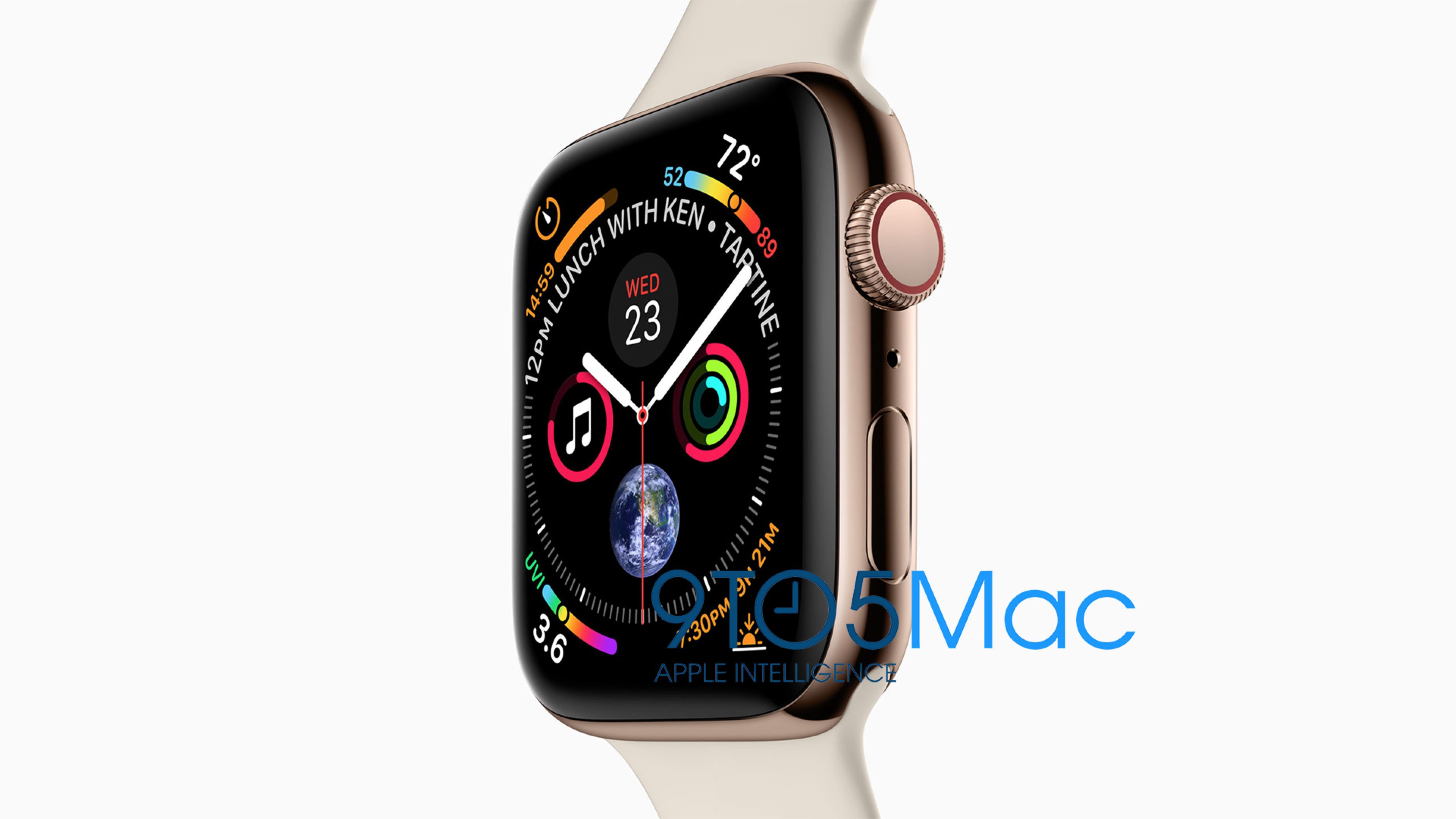 Above: The Apple Watch Series 4, revealed.

As had been rumored, the Apple Watch Series 4 features a larger screen, reducing the bezels around the prior display, which enables its clock face to display even more information. Eight complications — including the ability to tap on sub-apps such as weather, music, activity, and calendar — are featured, with what appears to be a “UVI” reading, giving the wearer a quick Ultraviolet Index display for outdoor use.

Several of the complications go beyond what’s shown on current Apple Watch displays. The current temperature is shown alongside a sliding meter with the day’s highs and lows, an upcoming appointment is wrapped around a circle to fit more text on the screen, and a timer has a completion bar alongside a digital countdown. Clearly, quite a few software changes are in store for watchOS 5 on the new devices.

A few hardware changes are obvious, as well. The image reveals a new hole between the Digital Crown and side button, which could either be a microphone or a speaker hole. Slight differences between the prior Crown and button design are also evident in the new model, including what appears to be a more subtle indicator on the LTE cellular version — a red ring rather than a fully red circle.

Reliable reports have suggested that the Apple Watch Series 4 will include improved battery performance and health tracking capabilities, as well as 15 percent larger screens in both the 38mm and 42mm models. Despite significant internal changes, the new watches are expected to preserve compatibility with prior Apple Watch bands.