TCL’s budget televisions have been a massive hit over the past two years, so it’s no surprise that the Chinese company is using aggressive pricing to sell its latest smartphone — the BlackBerry Key2 LE. As its familiar name suggests, the Key2 LE has a lot in common with the recently released BlackBerry Key2, but it starts at $399 — a significant $250 drop from its predecessor.

Most of the Key2’s design language and features are preserved in the Key2 LE, including a 4.5-inch screen with 1620 x 1080 resolution, a backlit 35-key physical keyboard with an integrated fingerprint sensor, an 8MP front camera, 802.11ac, Bluetooth 5.0, and broad but region-specific cellular support. The phones look virtually identical from the front, apart from three new color options — slate gray, champagne gold, and atomic red — and an almost imperceptibly smaller 150.25 x 71.8 x 8.35mm chassis.

Whether the downgrades matter to you will depend on how much you appreciate higher-end components. The Key2 LE uses a lightweight plastic body with a soft textured back and switches from a dual 12-Megapixel rear camera to a 13- plus 5-Megapixel combo. TCL also drops Qualcomm’s Snapdragon 660 for a lower-end 636, which means you still get an eight-core processor, but it runs at 1.6 to 1.8GHz, instead of 1.8 to 2.2GHz. 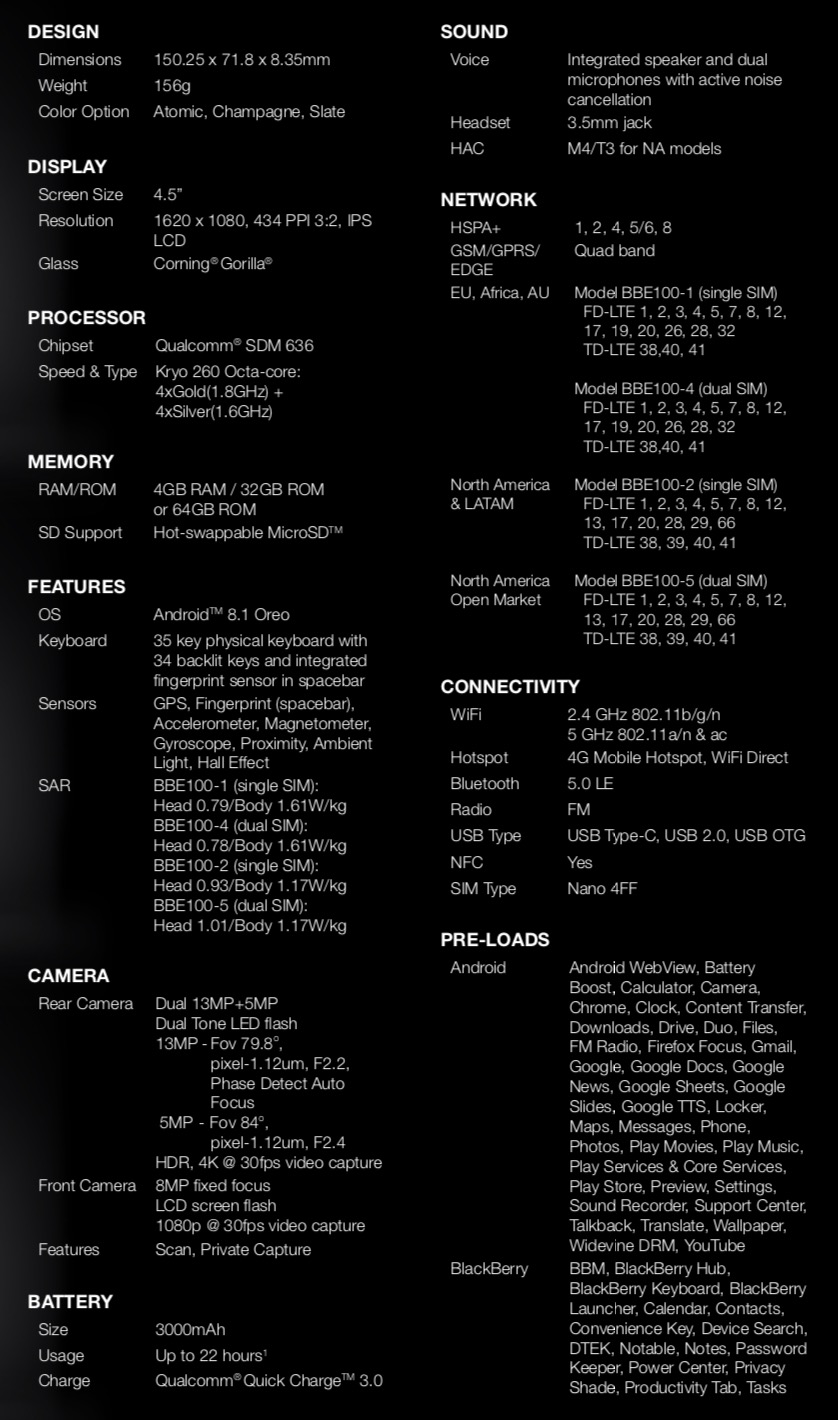 That — and some other modest spec drops — may have a small impact on the performance of Android 8.1 Oreo, which comes pre-installed on the Key2 LE. Battery size drops from 3500mAh to 3000mAh, resulting in a promised 22-hour continuous run time. Memory falls from 6GB RAM and 64GB of storage to 4GB RAM and 32GB of storage, though you can bump up to 64GB for an additional $50 or supply your own microSD card instead. Almost all of the Key2 LE’s other features mirror the Key2’s.

TCL is offering the Key2 LE in four cellular versions — single- and dual-sim variants for the EU, Africa, and Australia, plus a single-SIM North America and Latin America model and a dual-SIM North America model. For the time being, there aren’t models specific to China or the Middle East/Asia-Pacific markets, unlike the original Key2.