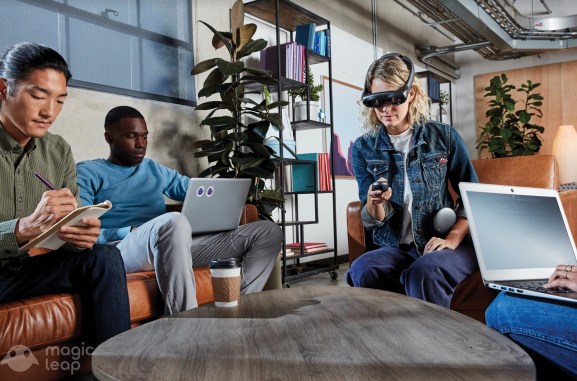 Since Apple’s release of ARKit, it’s become easier than ever to make AR experiences. However, an initial stumbling block for the nascent mobile AR ecosystem was the fact that AR experiences were solitary. That is, it wasn’t possible to make seamless real-time multiplayer AR experiences, and content didn’t persist in the spaces where these AR sessions unfolded.

Subsequently, a number of “AR cloud” startups have emerged from stealth in 2018, enabling developers to build persistent multiuser AR experiences. The capability for digital content to be “pinned” to real-world objects such as enterprise machinery, retail merchandise, and tourist landmarks means that the physical world has become a 3D interface for peer-to-peer communication.

I’ve interviewed four industry experts who have provided insights on how the AR Cloud will be immediately practical for several specific use cases. 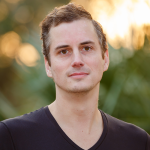 True geospatial persistence has been one of the primary roadblocks to AR adoption. Most enterprise applications would be useless if they couldn’t retain state between sessions and content couldn’t be found in the exact same place users left them. Like the mobile ecosystem in general, many of the early winners in AR have been in gaming but there are also significant opportunities in the enterprise.

Hadley Harris is a founding general partner at Eniac Ventures. He expands on this theme: “One area we’ve thought about at Eniac is onboarding and engagement for employees, partners and customers. Imagine detailed content overlaying an office, factory, worksite or residence showing not only where things are but rich content about how to use them.”

Harris continues, “For example, a new worker at a factory could utilize detailed instructions, tutorials and safety reminders overlaying the machinery, components and controls through the facility. It’s this precise meshing of the physical world with digital content that will unlock a multitude of opportunities for B2B AR.”

When the iPhone first came out, skeptics emerged in full force. This was initially justified by the fact that the mobile web and applications were not natively designed for the new interface of a pocket-sized computer, and that developers had still not leveraged the new and unique capabilities of smartphones. However, once apps like Uber, Instagram, and Snapchat emerged, it became clear that the iPhone was revolutionary. In a similar sense, developers today should ask themselves: what is native to AR? What can ONLY be done in AR?

Matt Miesnieks is the CEO of 6D.ai and a partner at Super Ventures. He elaborates on this point: “Being able to communicate digitally in 3D and in context, in situ, with the real world around us – this is a richer type of communication that has never been possible before. The AR Cloud enables users to find specific locations with an accuracy of millimeters, both indoors and outdoors. Suddenly, the world is more easily and intuitively navigable.”

Miesnieks continues: “The AR cloud can help us navigate our world beyond just getting from point A to point B, however. It can provide much deeper layers of context about these destinations. For example, have you ever attempted to get a cab on a Saturday night outside of a crowded bar? With current GPS technologies, it’s often difficult to determine which car is the one picking you up. With new AR capabilities, you’ll be able to see a giant animated pin floating above your driver’s car – or be able to stick a floating batman logo above your head for your driver to identify you in a crowd.”

The internet of places

A stack of technology, including the combination of geo-location and computer vision, will make the real world clickable. Messages, such as pictures of food, and reviews, can be placed in the location they were made for local discovery at a time and a place when relevant. This has been referred to as “the AR Cloud”, but this is arguably an oversimplification. There are many clouds, as many as there are apps, but they will be woven together by a visual browser and a system of filters to ensure we get the data when and where we want it, but it doesn’t otherwise clutter our field of view.

Charlie Fink is an AR/VR consultant, columnist, speaker, and the author of “Charlie Fink’s Metaverse, An AR Enabled Guide to VR & AR.” He expands on this idea: “the past decade has been dominated by an ‘internet of screens’, in which we stare at little glowing windows on our laptops, tablets, and phones. You might comment on a thread on Reddit or tag yourself in a Facebook picture of you and your friends at a cafe. However, the AR cloud turns the real world into a dynamic interface where you’ll be able to consume and place content into physical places.”

Fink continues, “There are myriad possibilities here. Cities will be able to turn local landmarks into 3D wikis annotated with stories about famous people and events that occurred on that spot. Airbnb hosts will be able to drop digital content on top of the coffee maker or first aid kit in their properties to better serve guests – in the specific time and place when they need help. This kind of ‘in-situ’ training will also be valuable in the workplace, as visual and 3D content, accessible on-demand, will help employees intuitively retain information about what has to be done in specific locations on a worksite.”

Most use cases for AR in retail showcase the single-user experience – like AR apps from Zara, Sephora, and IKEA. However, good experiences are meant to be shared, and multiplayer mobile AR can immediately unlock value for companies and brands. 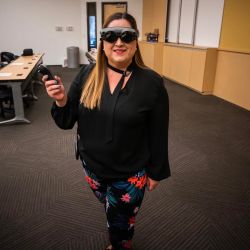 Above: Cathy Hackl demoing the Magic Leap One

Hackl continues, “In some way, our mobile cameras are portals into a new dimension for shopping and purchasing that is collaborative, social and interactive. For instance, if you are at the store and you see a dress you like, you could launch the store’s app, point your smartphone camera at the dress, and a previously-captured 3D body scan of you starts modeling the dress in front of you. You can then share it with friends and family for immediate feedback on whether you should buy it. You either tap and purchase right at the store or you wait and order it at home, leveraging VR or augmented reality.”

Michael Park is the CEO and founder of Spatial Canvas, a platform that lets you build, explore, and share augmented realities.