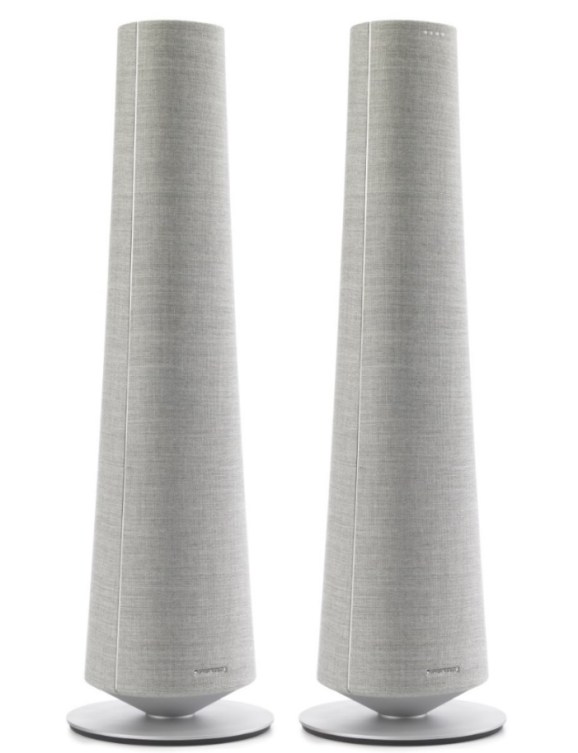 Summit Wireless has been on a quest to bring high-resolution audio, like the kind you find in a fancy home theater, to wireless speakers. That dream is turning into a reality as high-end audio companies like Harman Kardon begin to announce products.

San Jose, California-based Summit Wireless is a publicly traded company that makes wireless sound technology, including chips that are used in consumer products from the likes of Harman Kardon and Bang & Olufsen. A billion units of speakers are sold each year in the U.S., but most of them are wired. Summit Wireless is enabling a generation of home theater wireless speakers with an entry price of $600, significantly less than similar products on the market.

Most speaker companies have been making wired home audio products for home theaters with as many as seven speakers and subwoofers for Dolby 7.1 systems. But Summit Wireless helped form a wireless standards body, the Wireless Speaker and Audio Association (WiSA), to work with major consumer electronics brands to establish certified standards for interoperability and eliminate complicated setups.

The so-called intelligent networks can connect with each other and produce low-latency wireless sound that meets the standards of audiophiles.

“The beauty of the Summit technology is it is so easy to set it up,” said Michael Howse, a Summit Wireless board member and partner at Eleven Ventures, in an interview with VentureBeat. “It’s wireless, it’s self-forming. The hard part here is the synchronization of the speaker network.”

“If you’re going to go to immersive sound, you’ll put six speakers or more in a room,” said Moyer. “With Harman, they can start with a single voice speaker and also complete the system with a full sound field around the consumer.”

You can also use the tech on home video game consoles, like the Xbox One.

“There’s a whole audience of younger consumers who are getting great audio at things like esports events, and when they play at home on the Xbox One, they’re going to want that experience of a simulated sound field, too,” Howse said. “That’s why I think this company has a very interesting future.”

Moyer said the next evolution of the technology will be WiSA-ready products across the consumer electronics ecosystem. You can expect to see announcements from computer makers and TV makers at the Consumer Electronics Show coming up in January. Eventually, you’ll want to walk into a room with your smartphone and connect to a wireless speaker network with no effort, Moyer said.