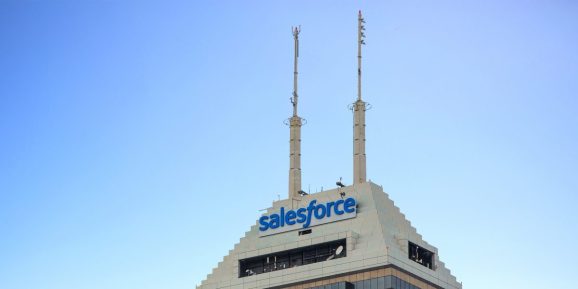 Artificial intelligence (AI) is gaining ground in the sales industry. About 62 percent of high-performing sales teams believe that AI will have a role to play in guided selling capabilities, and they expect adoption to grow by as much as 155 percent. Perhaps more importantly, 65 percent believe AI would make them “more effective” in their jobs.

The trend’s top of mind for Salesforce, which today announced that Pardot — an automation tool that allows marketing and sales teams to track leads and create, deploy, manage, and audit email, social media, and paid marketing campaigns — is now powered by its Einstein AI and Lightning platforms.

“Automation, integration, and speed are essential to business success in the fourth industrial revolution,” Adam Blitzer, EVP and general manager of Salesforce Sales Cloud, said in a statement. “We’re providing our customers with a comprehensive and unparalleled lead-to-cash platform.”

The Pardot improvements relate to campaign tracking. Einstein Campaign Insights — the first of the two new features unveiled today — uses machine learning to produce subject line and content recommendations from emails with high levels of engagement. Einstein Behavior Scoring, meanwhile, identifies sales prospects most likely to become paying customers based on their behavior — specifically, how they interact with website and email campaigns.

On the Salesforce Billing side of the house, Salesforce customers can take advantage of usage-based pricing for quotes, contracts, and orders. Evergreen subscriptions are now supported — they automatically renew at set intervals. And flexible invoicing is also in tow, allowing sales managers to send invoices to clients as needed, at irregular intervals.

Einstein Campaign Insights and Einstein Behavior Scoring for Pardot Einstein are currently in beta, Salesforce said, and are expected to become generally available in February 2019. High Velocity Sales, including Sales Cadences and Work Queues, will launch widely in February 2019, along with usage-based pricing (which kicks off in beta next month).

With today’s announcements, Salesforce is doubling down on AI, after earlier this year unveiling a series of high-profile updates related to Einstein.

In August, Salesforce released TransmogrifAI, an open source machine learning library for structured data that automatically performs feature engineering, feature selection, and model training in just three lines of code. In July, the company announced the general availability of its automated Einstein service bots for websites and apps, which can handle natural language conversations and be programmed to carry out conversations and automatically hand off complicated requests to human agents.

“The goal of democratizing machine learning can only be achieved through an open exchange of ideas and code, and diverse perspectives from the community will make the technology better for everyone,” Mayukh Bhaowal, director of product management for Salesforce Einstein, told VentureBeat in a phone interview last month.