Impossible Aerospace, a stealth startup that’s setting out to “upend” the aviation status quo with long-range electric aircraft, announced it has raised $9.4 million in a series A round of funding led by Bessemer Venture Partners, with participation from Eclipse Ventures and Airbus Ventures.

Alongside the fresh funding tranche, Impossible Aerospace is today officially launching its first product. The US-1 is a quadcopter drone featuring optical and thermal sensors, and it’s aimed at organizations such as firefighters, police departments, and rescue teams in the U.S.

Founded out of Santa Clara, California in 2016, Impossible Aerospace boasts a development team with engineers from well-known companies in the motor and battery realm. The startup’s founder and CEO, Spencer Gore, previously worked in various positions at both SpaceX and Tesla, most recently as “battery module design engineer” at Elon Musk’s electric car company. This kind of background provides a strong indication of Impossible Aerospace’s core focus.

A typical drone from established brands likes DJI can last up to 30 minutes on a single charge, and though the company‘s professional-grade aircraft, such as the Matrice 200, promise closer to 40 minutes, this time restriction still limits how the drone can be used. With the US-1 drone, Impossible Aerospace promises a flight time of two hours on a single charge. 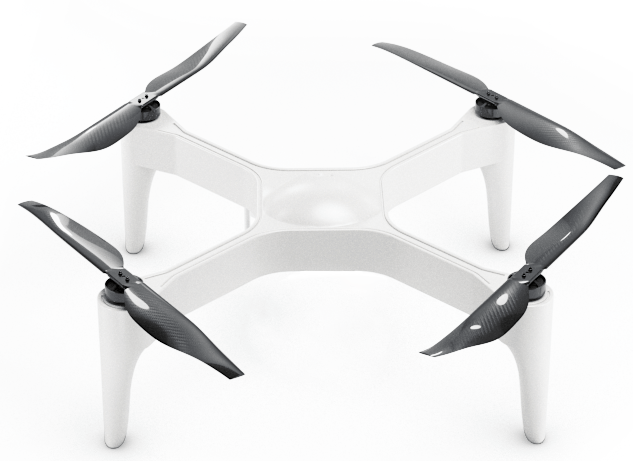 Above: Impossible Aerospace: US-1 Drone

The improved battery system is reflected in the price, with packages starting at $7,500, but this is a commercial product, rather than one aimed at consumers.

“The US-1 is more than just a drone,” said Gore. “It’s the first aircraft designed properly from the ground up to be electric, using existing battery cells without compromise. It’s not so much an aircraft as it is a flying battery, leveraging an energy source that doubles as its primary structure. This is how electric aircraft must be built if they are to compete with conventional designs and displace petroleum fuels in aviation.”

Impossible Aerospace had raised around $2 million prior to now, and with its latest cash bounty the company plans to scale production for the US-1 and develop new products down the road.

The commercial drone market could become a $127 billion industry by 2020, according to PwC, and expectations have led to a spike in VC investments in drone-related companies. PrecisionHawk raised $75 million to grow its commercial drone platform, while Matternet raised $16 million for its autonomous drone delivery platform and Auterion nabbed $10 million for its open source drone operating system.

Impossible Aerospace is promising an additional edge over at least one big-name rival in the space — its aircraft will be engineered and assembled entirely in the U.S. Last year, reports emerged of U.S. officials warning that Chinese drone maker DJI could be sending data to the Chinese government. And as the U.S. government continues to ramp up tariffs against Chinese companies, homegrown startups such as Impossible Aerospace could flourish.

“Government and private customers alike are actively seeking domestic alternatives to internationally developed aerospace technology, which drives momentum and demand for the US-1, domestically made drones with a longer battery life,” the company said in a press release.

Though Impossible Aerospace said it has already begun selling units of the US-1, the drone won’t be available for delivery until later this year.