On Apple’s iPhone day this week, Google announced it is killing Inbox by Gmail. But that wasn’t the only service the company confirmed it is shutting down: The mobile app development tool Fabric is also going away. Firebase, Google’s mobile and web application development platform, is swallowing Fabric and all its features.

Incidentally, both Fabric and Firebase were once separate companies: Google acquired Fabric from Twitter in January 2017 and bought Firebase in October 2014. Now the company is merging the former into the latter, ending support for Fabric in mid-2019 (a Google spokesperson declined to give a more specific timeframe).

Migrating from Fabric to Firebase

Google was originally planning on making this announcement last month, along with the latest Firebase updates. The migration plan wasn’t ready then. Fabric’s functionality (including Crashlytics) has now been integrated into the Firebase console, and Google has released a migration roadmap.

For a while now, Google has been bringing the Fabric and Firebase platforms together so that developers have one central place to build, improve, and grow their apps. But now the message has changed for Fabric developers: Start migrating to Firebase, and do it sooner rather than later. 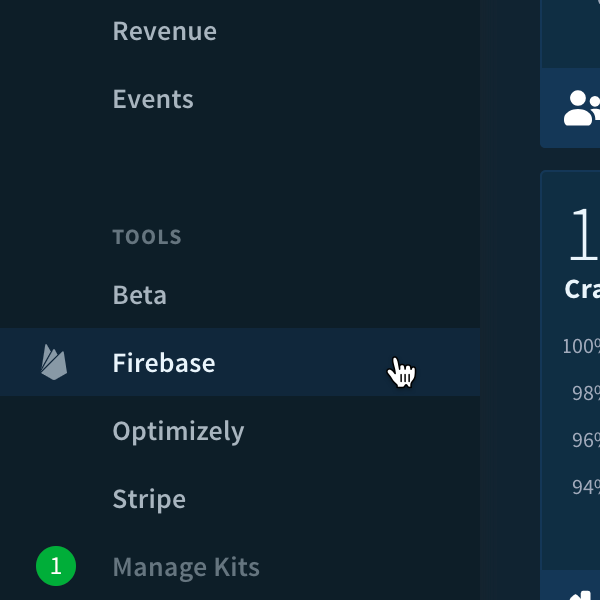 To start the migration process, go to your Fabric dashboard and click on the Firebase icon in the left-hand navigation. Then link your apps to Firebase, check out Crashlytics in Firebase, and install the core Firebase SDK.