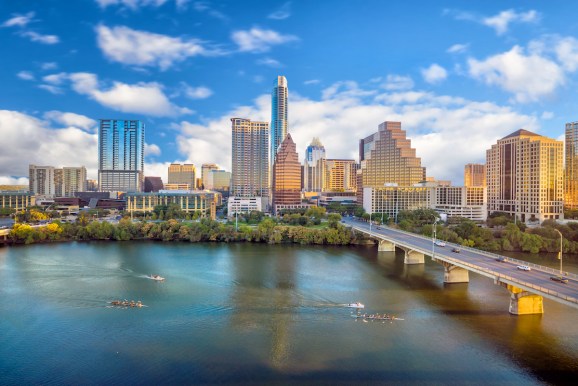 Austin is hot, and I don’t just mean the 100-plus summer temperatures or the green chile pork at Torchy’s Tacos.

Sometimes referred to as “Silicon Hills” due to its concentration of large tech firms and startups, Austin boasts one of the country’s most educated workforces — 41.5 percent of adults have at least a bachelor’s degree, compared with 30.1 percent nationally — and an unemployment rate around 3 percent.

Now, Austin is one of 20 finalists for Amazon’s second headquarters, HQ2, and its estimated 50,000 jobs. GeekWire in late June surveyed readers on which of the competing cities they would prefer to live in, and Austin ranked third.

Most Austinites, myself included, are excited by the Amazon chase, which feels like a validation of the city’s standing as a major-league tech hub. At the same time, it makes us a little nervous.

Austin’s housing market already is breaking records — median home prices have jumped 114 percent in the last five years — and traffic seems to get worse every year.

We’ve read about how Amazon’s growth in Seattle has fueled not just progress but problems there — the median home price that now tops $830,000, the rents that have more than doubled in five years, the growing homeless problem.

“The jobs are fantastic. The companies and their innovations that come from the people who work there are fantastic,” Seattle Mayor Jenny Durkan told the U.S. Conference of Mayors in Boston in June. “The trade-off is we just did not have enough housing stock to absorb it all and it has changed the face of our city. You have to have those conversations on the front end.”

So, sure, it’s hard not to feel some ambivalence about Austin’s bid for HQ2. But it’s also very difficult to sneeze at the prospect of 50,000 new jobs and the likelihood they would help sustain Austin’s boom for years or decades to come. The upside is almost dizzying.

Even without Amazon, Austin’s growth is leading to a major challenge for tech companies — the very tight employment market.

Austin already had a concentration of large tech companies with headquarters or branches, such as Dell, IBM, AMD, Applied Materials, Freescale Semiconductor, and 3M.

Then in March, Oracle unveiled a 50,000-square-foot campus that it says could ultimately support 10,000 employees. Facebook last year enlarged its U.S. sales and online operations office in Austin — the only one not located on the social media giant’s California campus. Apple in 2016 increased its Austin workforce to 6,000 employees on two campuses. Google opened a new downtown skyscraper last fall with 450 employees.

Then there’s the startup scene. Austin ranked ninth in the nation in venture funding in 2017, at $1.2 billion. Several incubators, such as the Austin Technology Incubator and Capital Factory, have nurtured hundreds of businesses that employ thousands of people.

As a startup, my company must compete for talent against both the large players and other startups — and we’re operating in an environment where there are more jobs than people. The homegrown Austin skills base, fed by the University of Texas and other schools — runs only so deep. Thus, we need to convince more people from other places to move here.

This is not a new challenge in Austin, but it seems to be getting more acute.

The Austin community has to be more aggressive at importing talent from other geographies, especially Silicon Valley. While Austin has often been considered an attractive destination for those looking to “escape the coasts,” we have to do more. We should take advantage of the increasing frustration over the Bay Area’s cost of living, long commutes, and dog-eat-dog culture. How?

Ask most CEOs in Austin and they’ll tell you they prefer the local route because it’s a path of least resistance — candidates from the outside may be more expensive, require relocation assistance, and need more time to make a decision before uprooting their families. But we need to bring experienced leaders from the coasts who can, in turn, draw new talent to Austin from their networks. These leaders are more likely to have experience running companies that go from $10 million to $100 million in revenue — still a rarity in Austin.

Pitch Austin as a top-notch destination, not just an ‘alternative’ to the Valley

While the cost of living in Austin is on the rise, compared to the Bay Area, the area offers affordability, great schools, and a terrific lifestyle. In addition, the tech community is a close-knit, vibrant ecosystem that fosters innovation and collaboration.

Austin firms should start recruiting at the universities on the coasts to bring in young talent to the market. Companies should get more aggressive about offering internships. It should all be about fueling the long-term talent pool.

It’s no wonder why Amazon is interested in expanding to Austin. But if the tech community isn’t more intentional about recruiting outside talent, our growing pains will only worsen.

Derek Hutson is CEO of Datical, an Austin, TX-based database automation software company. A Houston native, he moved to Austin in 2004.