WayRay, a Swiss company that aims to enable holographic augmented reality (AR) displays in cars, has raised $80 million in a series C round of funding led by Volkswagen-owned German car company Porsche, with participation from Hyundai, Alibaba, China Merchants Capital, Jvckenwood, and Consortium of Sovereign Wealth Funds (JBIC and partners).

Founded out of Zürich in 2012, WayRay develops AR glass that can be used in all manner of industries; however, its focus is largely in the automotive realm. This is evidenced by the slew of investors coming from the car industry,  including previous investor SAIC Motor, in addition to Porsche and Hyundai in this latest round. Alibaba, meanwhile, is also investing in the automotive sphere through self-driving cars and helping established manufactures such as Ford break into the Chinese market.

While AR functionality can of course be enabled through head-mounted displays, they could obscure a driver’s field of view and aren’t ideal for situations where a driver’s full attention is needed on the road. Plus, they may be uncomfortable to wear for long distances. By embedding AR projection systems into the car itself — which the company said it can do for any model — a driver should be able to experience a full field of view without having to stick a giant box on their head. 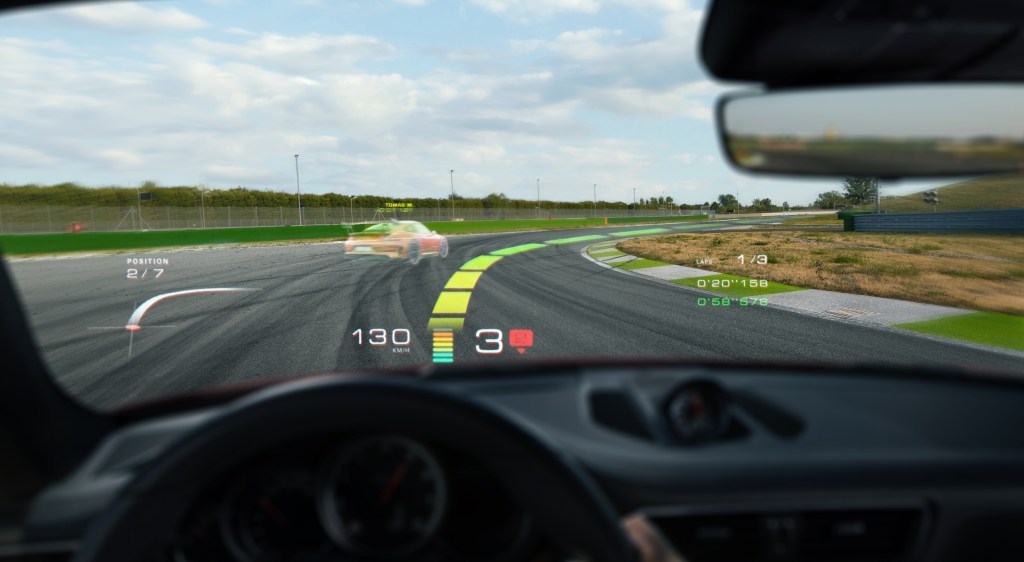 Above: Ghost driving on a track

WayRay’s technology isn’t yet available in any consumer vehicles, but it has previously been showcased in collaboration with Harman, the Samsung-owned car audio giant, as well as through a pilot project with Porsche earlier this year.

The company told VentureBeat that it expects to be “pioneering the use of AR products” with major car manufacturers to replace their existing navigation systems within the next year, while it would expect to have its technology on roads within three years.

Prior to now, WayRay had raised $28 million, including an $18 million round led by Alibaba last year, and with its latest cash injection it plans to double down on R&D investments, grow its team, and build out its partnerships with car manufacturers. It also said it plans to establish an affiliate company to build a pilot production line in Germany.

“The WayRay team has unique expertise with a solid background in space engineering, hardware, and software development,” said Porsche executive Lutz Meschke. “We are convinced that on this basis we’ll be able to offer our clients’ customized Porsche solutions. That is why we have made this strategic investment decision.”

AR on the road

Though self-driving cars present numerous opportunities to embed holographic AR displays in vehicles, there are a number of use cases for WayRay’s technology before that becomes the norm. Navigation is the most obvious example, and is what the company’s Navion system is geared toward, while finding a parking spot could be made much easier through information displayed on a car’s window. 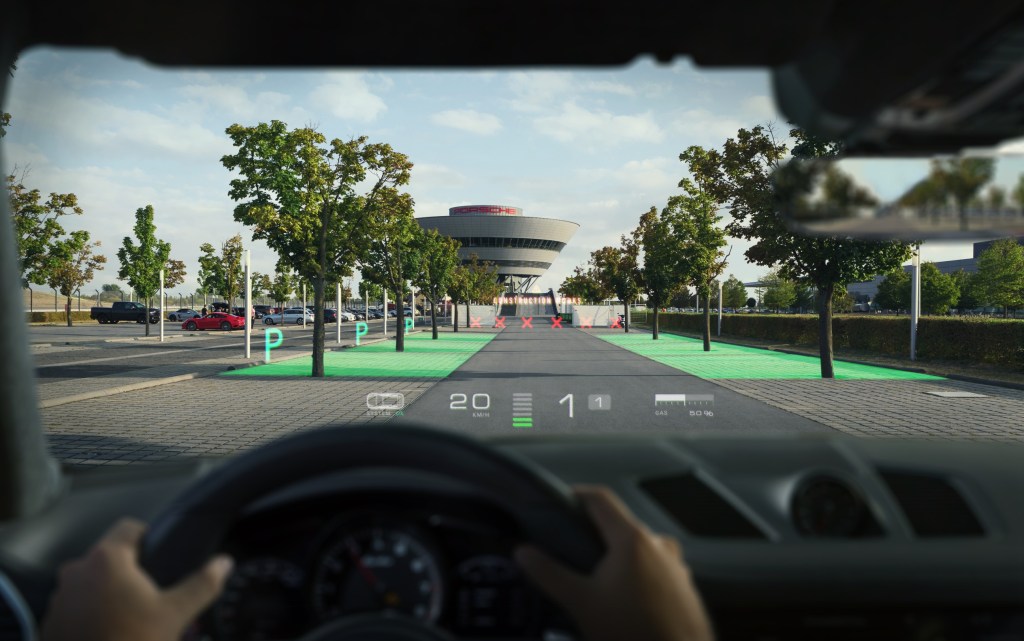 Above: WayRay and Parking

And although cars have been a core focus, the company has aspirations beyond that industry. Flush with cash, WayRay said it plans to “diversify” into other sectors, which could mean deploying its technology in buildings, too.

Smart glass is already a burgeoning industry, one that could be further augmented by shoehorning all kinds of information into view — such as sunset times and weather forecasts. 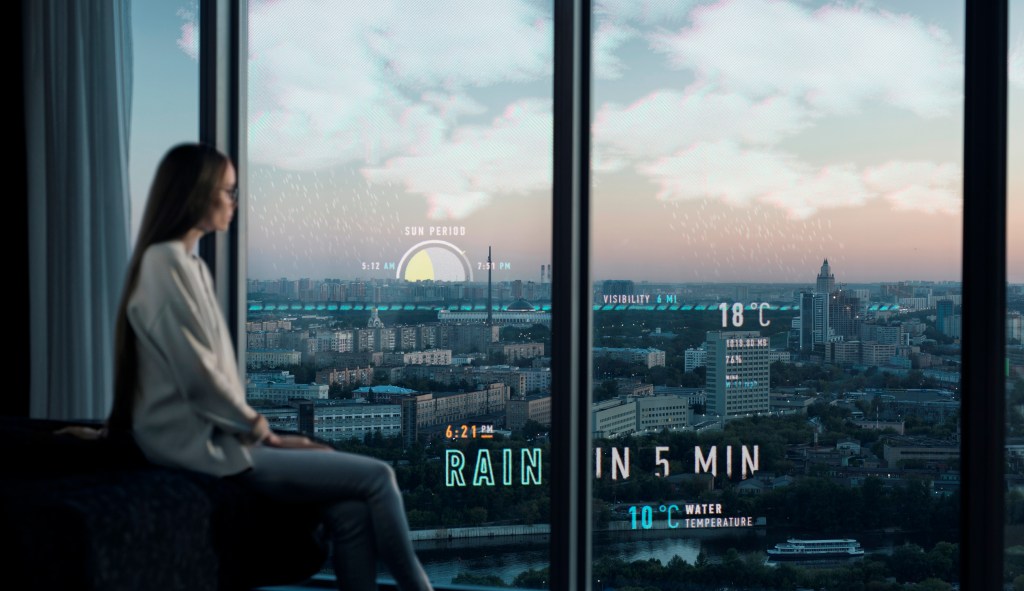 Above: WayRay: Weather forecasts in your window

“As a deep-tech company, we are committed to creating fundamental innovations that bring us far beyond holographic AR displays and new interfaces,” added WayRay CEO Vitaly Ponomarev. “A growing number of projects with carmakers and strong investors are fueling the company’s growth and boosting our confidence in implementing complex innovations.”

WayRay counts 250 employees globally, with offices in Switzerland, the U.S., China, and Russia, though, as previously noted, it will soon expand into Germany with a new factory.

The company didn’t reveal its valuation at this round of funding, but we do know that it is not yet a unicorn — WayRay said it plans to reach a $1 billion valuation in 2019.