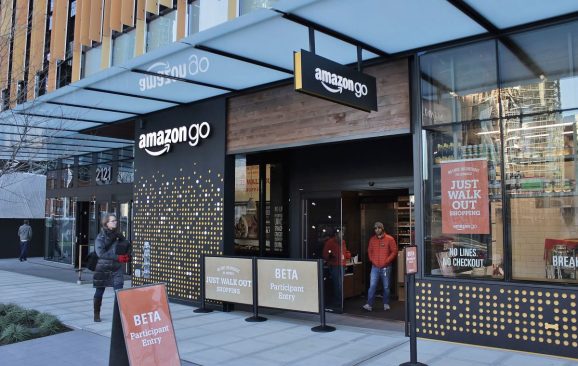 Amazon is considering an expansion plan for its Go cashierless stores that would open 3,000 locations by 2021, a person familiar with the matter told Bloomberg.

That seems like a lot, especially since Amazon only has four Go stores open today.

The specific layout and amenities offered by Go stores is still an experiment in progress. Amazon is reportedly considering whether to open stores that sell fresh, pre-made food alongside a limited grocery selection, or stores more in line with convenience stores designed to serve people in search of a quick snack or meal. Shops that offer food at times when people are in a rush and turned off by waiting in line is said to be key to Amazon’s Go strategy, the person said.

Amazon first introduced the Go store concept in 2016 and opened the first location to the public in January. Go store openings have picked up steam in recent weeks; two new locations opened in Seattle since late August and a Chicago store, the first outside Seattle, opened earlier this week. Another store is planned for San Francisco at an undisclosed date, a company spokesperson told VentureBeat in an email.

Go stores work by connecting with a smartphone app that gives users a QR code to scan when they walk in the door. A series of sensors and AI-powered cameras are then used to recognize people as they move throughout the store. When you walk out, you receive a receipt for everything you grabbed off store shelves.

Thousands of cashierless stores in prominent locations could pose a threat to a number of businesses, ranging from corner bodegas and convenience stores to small restaurants to mom-and-pop shops.

In June, news emerged that Microsoft is also working on its own cashierless store solution, six people familiar with the matter told Reuters.