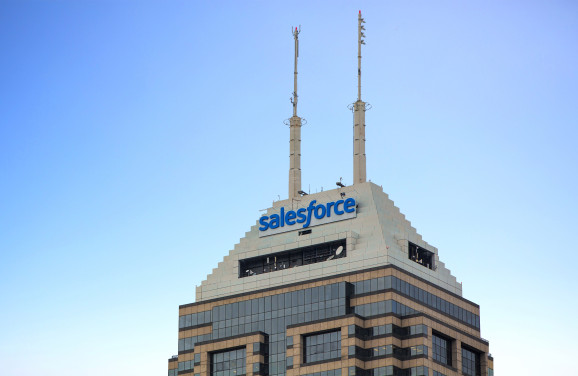 Amazon’s got Alexa. Microsoft has Cortana. And Google has the Google Assistant. It seems like practically every tech giant has its own voice platform, at this point, and Salesforce just joined the list.

In a press release contextualizing the announcement, Salesforce pointed to a pair of studies: one from Capgemini forecasting that 30 percent of consumers will use voice technology over apps and websites, and another estimating that one in five U.S. adults have smart speakers in their homes.

“We’re in the midst of an incredible technological shift, where the power of voice is fundamentally changing the way we work,” said Parker Harris, cofounder and CTO of Salesforce.

One key advantage of Einstein Voice over other platforms is its customizability, Harris contends. It’s siloed, restricting data pulls to individual users’ accounts. And it can be “taught” to recognize jargon, acronyms, and slang in a company’s lexicon.

Einstein Voice is more than just a glorified transcriber, though. Users can update Salesforce records and create tasks using natural language requests, or tap Voice to navigate through Einstein Analytics dashboards. Plus, thanks to native integration with popular voice assistants, Einstein Voice can deliver a daily brief of “key priorities” like upcoming calendar appointments and teams pipeline updates. 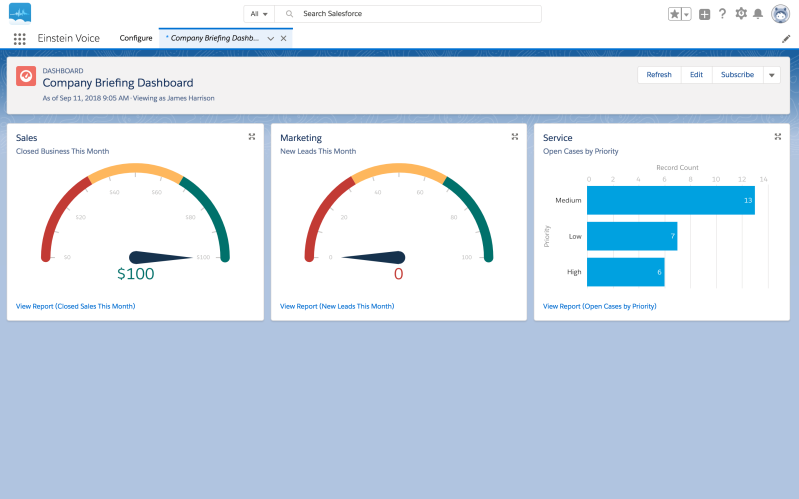 Einstein Voice dovetails with another new feature announced today: Salesforce Einstein Voice Bots. They’re built on the Einstein Bot Platform and compatible with Alexa, the Google Assistant, and other voice assistants, and can be customized to match a company’s brand.

Einstein Voice Bots are primarily meant to be consumer-facing. An airline could build an Einstein voice bot that lets customers update their booking information in Salesforce, for example, or one that taps knowledge articles in Salesforce’s Service Cloud to answer commonly asked questions. 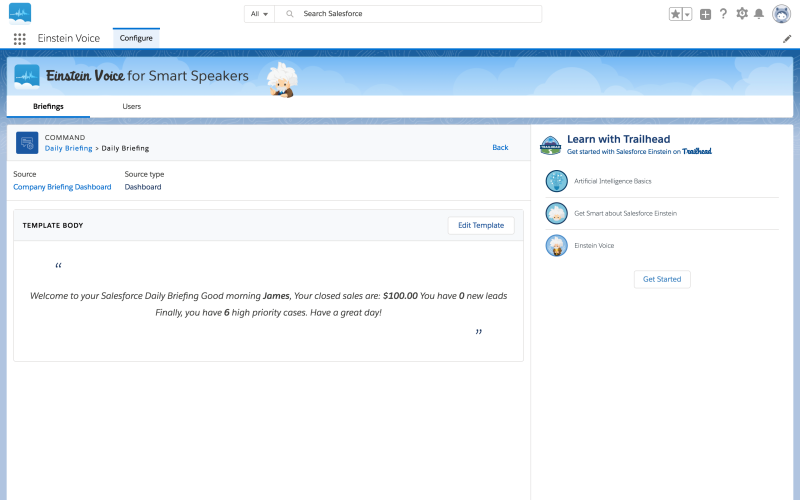 Above: Einstein Voice for smart speakers.

The launch of Einstein Voice and the voice bot development platform follows on the heels of Quip Slides, a new cloud-based presentation designer that tightly integrates with Salesforce’s tools and services. On the Einstein side of things, Salesforce recently rolled out AI-powered features for Pardot and High Velocity Sales, and in July made Einstein bots for businesses generally available.

Salesforce’s Einstein platform, which made its debut in September 2016, powers more than three billion predictions a day across roughly 30 AI services. It could announce more at its annual Dreamforce conference, which is scheduled to take place next week in San Francisco.