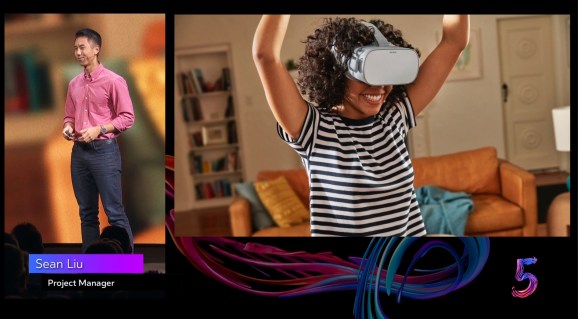 Most interestingly, the headset will receive the ability to perform fixed foveated rendering — a technique that lets the headset focus its most detailed rendering on the center of each display to save processing power elsewhere in the display. It will also add chromatic aberration correction, dynamic clocking, and 72Hz support, a new frame rate mode. Oculus is also debuting a long-rumored “casting” feature to let Go share its video content to a TV.

Released on May 1, Oculus Go offers an entry-level VR experience at a mainstream $199 price point. Rather than depending on a smartphone or computer to power its visuals, the unit has its own low-end Snapdragon 821 mobile processor and a separate collection of apps — 1,000 were initially available when it launched.

Some of the apps include VR versions of Hulu and Netflix, as well as Oculus Venues, a way to visit new places or concerts in simulated virtual spaces. Venues will be broadcasting select NBA games this fall, starting with an October 21 Warriors-Nuggets game, and a Suns-Warriors game the next day.

Offering around two and a half hours of battery life on a charge, Go comes with one Bluetooth controller that’s powered by a single AA battery. The unit is generally designed for single-hand, lightly interactive experiences that can be played or watched in a single location — standing up or sitting down — rather than walking around.