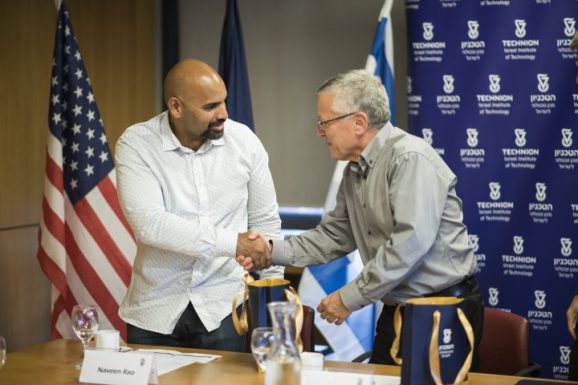 Intel has announced plans to open a joint AI research center in Haifa, Israel. The center will be run in a collaboration between Intel AI Research and Technion – Israel Institute of Technology.

Outside of Intel operations on the West Coast in the United States, Intel AI Research has offices in Munich, Germany; Bangalore, India; Beijing, China; and one in Haifa that has often employed Technion graduates.

Researchers contributing to the joint AI research center will be drawn from the school’s computer science, electrical engineering, and industrial engineering departments.

“Technion intends to expand its activities in the fields of machine learning and intelligent technology in the next few years, and the joint activity with Intel is one of the first steps in this direction. We are working to raise unprecedented resources to support basic research in the field and, in parallel, to work with leading companies such as Intel to promote applications in a wide range of fields, including health care, autonomous vehicles, smart environments, home and industrial robots, and more,” Technion professor Boaz Golany said in a statement.

The news was announced Monday at a ceremony at the institute that was attended by Intel CTO Dr. Michael Mayberry and AI products group general manager Naveen Rao.

Expansion of research operations has been a goal for several of the major companies in the AI industry. This year, Google said it plans to open AI research centers in Ghana and France, Nvidia is opening operations in Toronto and Seattle, and Samsung, which wants to employ 1,000 AI researchers by 2020, announced plans to open offices in Moscow, Toronto, and Cambridge.