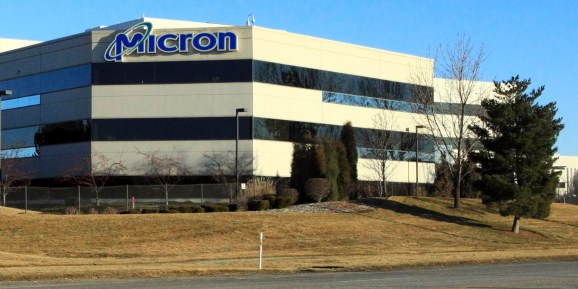 (Reuters) — Micron said on Wednesday it planned to invest up to $100 million in startup companies working on artificial intelligence technologies for use in self-driving vehicles, factory automation and other growing fields.

The Idaho-based memory chip maker launched a corporate venture capital program more than a decade ago, but its investments until now had been “very sporadic” and “very close to our core business” of making chips, Sumit Sadana, Micron’s chief business officer, told Reuters.

The existing venture operation’s returns have been solid, but the company believes it can ultimately sell more memory chips by expanding its involvement in artificial intelligence because the field deals with huge amounts of data that need to be stored on its products, he said at Micron’s first artificial intelligence conference in San Francisco where it announced the move. Few of Micron’s previous investments were ever publicly disclosed.

The newly earmarked funds will be invested in both hardware and software startups working on artificial intelligence, Sadana said. Micron has a particular interest in investing in self-driving car technology, augmented and virtual reality, and the technology for automating factories, he said, because the firm already has businesses in those areas.

“We are going to significantly step up the pace of our investments,” Sadana said.

As such, Micron’s chip industry contemporaries are also investing in it. Intel’s venture capital arm has invested more than $1 billion in recent years in startups working on artificial intelligence, and Nvidia runs a program to help several thousand small companies use its chips.

Micron said a fifth of its venture capital funding for startups will go to outfits led by women and other underrepresented groups. Micron also said its conference in San Francisco that the Micron Foundation, its nonprofit arm, will provide a $1 million fund for grants to universities and nonprofits doing artificial intelligence research.

The first three recipients for the grants were the Berkeley Artificial Intelligence Research Lab, the Stanford Precision Health and Integrated Diagnostics Center and AI4All, a nonprofit that runs a summer camp aimed at underrepresented students in the field.