Samsung today took the wraps off its latest smartphone, which aims to take the mobile camera arms race to a new level.

The Galaxy A9 boasts four rear-facing cameras, a first for a smartphone, according to Samsung. The four cameras include the main one, plus:

As for that main lens, Samsung says it is 24MP and will optimize for low light or bright conditions. And the entire camera system has “AI Scene Recognition,” which identifies the type of subjects in frame and automatically adjusts the camera settings. 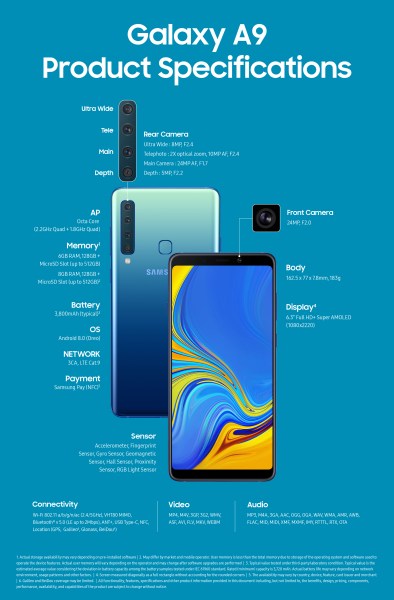 Much of this sounds like the Huawei P20 Pro released earlier this year. Despite having a mere three rear-facing cameras, it took mind-blowing photos. We’ll see if the A9’s four-camera system can really improve on that performance.

The A9 will go on sale sometime in November. Prices were not announced.